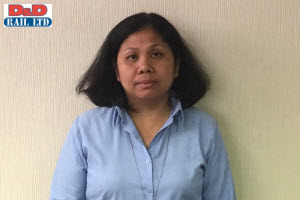 Marites came to the UK in 2000 and since this date, is proud to have gained British Citizenship.

Marites has three children at home but still found the time to study to become a member of the Association of Accounting Technicians (AAT). This she completed in 2006. In the last 2 years of studying, Marites was working full time for an accountancy firm doing mainly bookkeeping and financial accounts preparation for their clients.

In 2007, Marites and her family moved to Essex where she worked for an import / export pharmaceuticals company for 4 years in their accounts department gaining much experience in company accounting.

D&D Rail Ltd were recommended to Marites by an agency she was with at the time, her cv was received here at D&D and Marites joined our team in August of 2015. Marites also works in the wider scope of accounts within all aspects of the company expenditure. Marites produces the suppliers and sub-contractors payments to make sure we meet our commitment to pay them on time for their respective services.

Marites works alongside the Accounts Director to produce the management quarterly accounts and end of year accounts, also providing financial data if required by members of our surveying and production teams.

Finally, Marites said, “I love working for D & D as this place is run like a well-oiled machine and everything just clicks into place with careful planning and the team being like a family”.