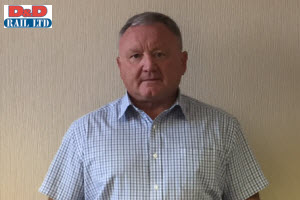 David started his working life as a bricklaying apprentice gaining distinction in both written and practical craft and advanced craft. On completion of his training David started a company called D&D Brickwork, this was as the title suggests a single trade company, within 3 years David had over 100 employees working on various projects within and around the London area, they included listed buildings, Sainsbury supermarkets and a 7 year contract at Pentonville Prison, for the Home Office.

The company has built a reputation for quality workmanship and reliability, with ever increasing emphasis being placed on project service and process quality to ensure client satisfaction. The company is fully committed to continuous improvement as a means of developing the procedures in place to ensure the client’s requirements are always satisfied and often exceeded.

David is committed to providing D&D clients with product quality and service above the level of their expectations. David oversees the company’s commitment to ongoing programmes of training to continuously improve all areas of the company and the effectiveness of the quality management system. David’s philosophy is that working toward these objectives will result in continued expansion and rewards for all current and future personnel. David has an open door management policy, always prepared to listen to new ideas and has a willingness to change to improve.

David has produced the company quality and procedure policy, the mission, vision and values policy as well as many of the current procedural policies adopted in our everyday activities at D&D Rail Ltd.

In David’s spare time he is a part time police officer with the Metropolitan Police.  Having joined in 1987 as a Constable, he subsequently attained Sergeant and then Inspector rank. David has received many commendations for his police work and was awarded the M.B.E. by her Majesty the Queen in 2003.