The existing station Eastern car park East side wall, located between the station car park and the public house, was found to be in a dilapidated condition.  This wall had also sustained damage from trees which had since been removed and was structurally unstable, causing a possible hazard to people and property.

D & D Rail Ltd were tasked with demolishing the existing wall and rebuilding it.  Once we had set up site and fenced off safe working areas in both the station and public house car parks we commenced work.

The existing wall was carefully demolished with the aid of a tracked excavator.  All brick/ concrete rubble was removed from site by a grab lorry for disposal by our licensed waste contractor.   The concrete foundation was then broken out with the aid of a hammer attachment fitted to the excavator to reduce HAVs and manual handling.  The resulting trench was then excavated with the bucket of the excavator down to formation level.

We then poured ready mix concrete into the trench to form the foundation for the new wall at the required line and level.  Concrete cubes were taken during the pour for compressive strength testing.  Care was taken to ensure that the adjacent garage (suffering from signs of subsidence) was not disturbed during these works.  Fibre board was placed against the garage at foundation level to provide a movement joint between the two structures.

Once the foundation had cured we commenced the building of the new wall.  Due to differing levels of the two car parks a toe was built in the wall to prevent over turning.  Weep holes were built into the wall at low level and pea shingle was placed in trench lined with Teram material to provide drainage.  The wall was built up to the required height with engineering bricks and piers with movement joints were built at 3.6m centres to assist with the prevention of further subsidence.  Bull nosed bricks were added at the top of the wall as per the design drawing.

To protect the wall on the Station side we erected an Armco Barrier with posts concrete into the ground.

Finally we resurfaced the excavated areas adjacent to the wall in both the station and public house car parks with a bituminous macadam. 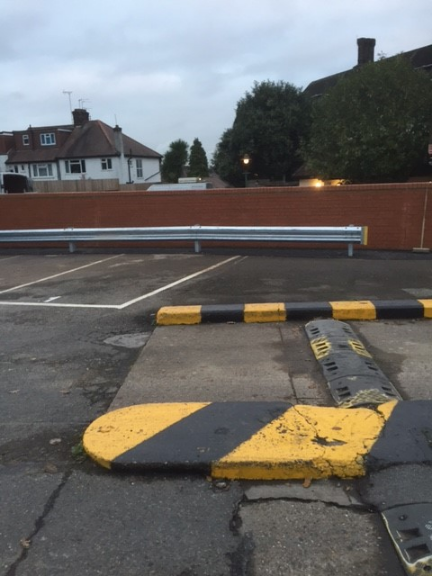 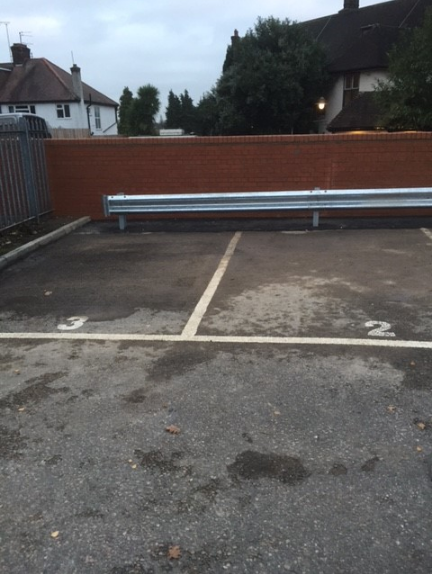 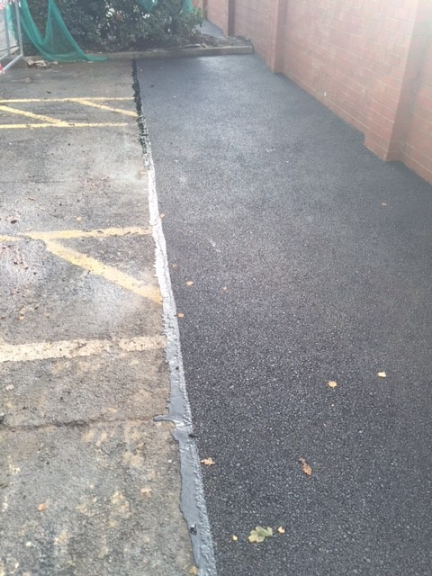 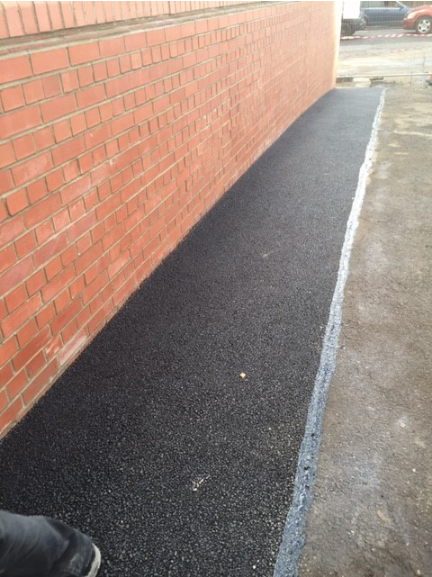 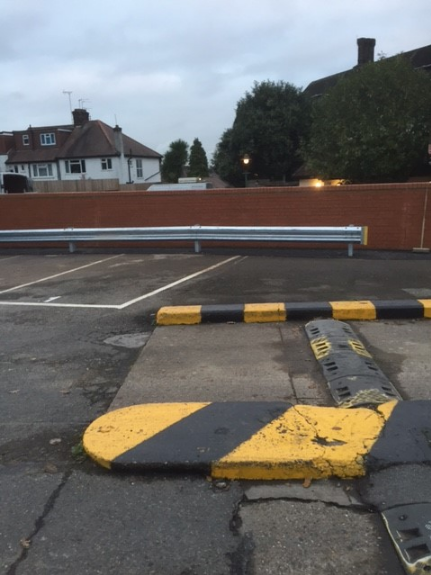 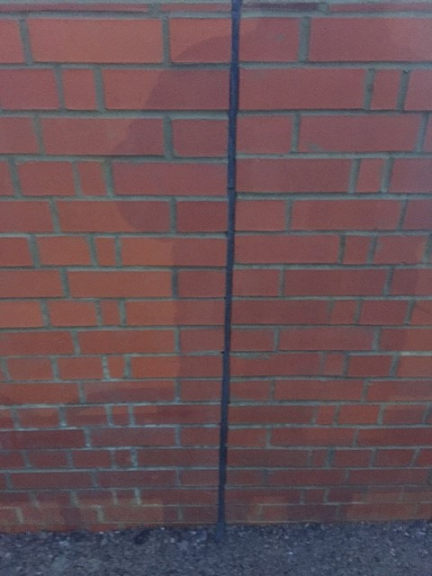 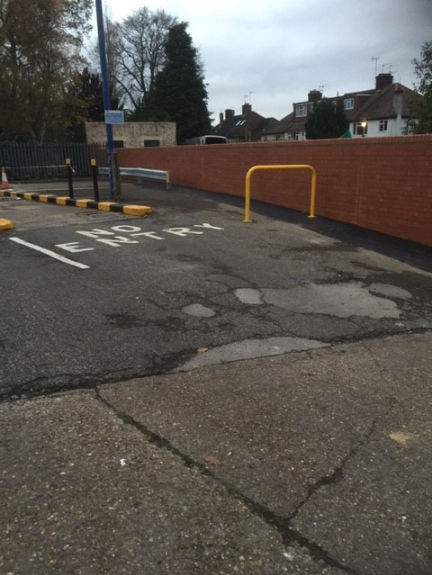 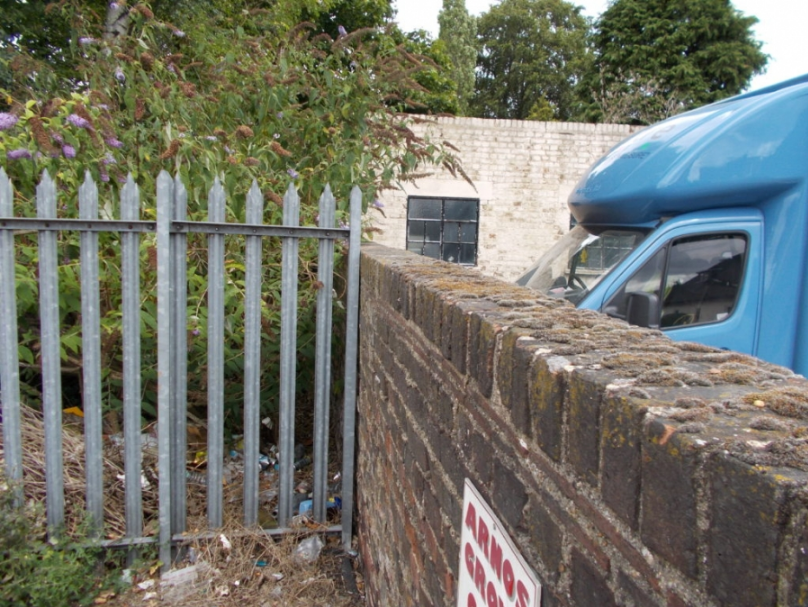 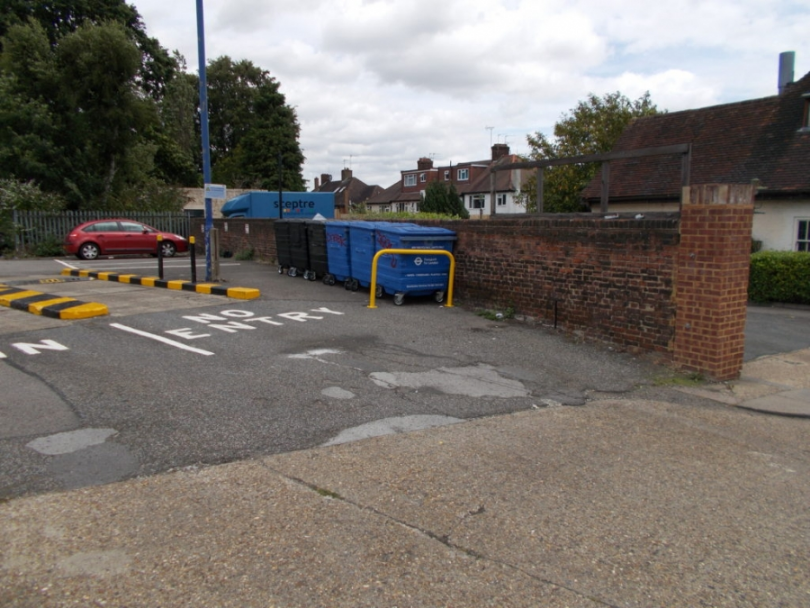 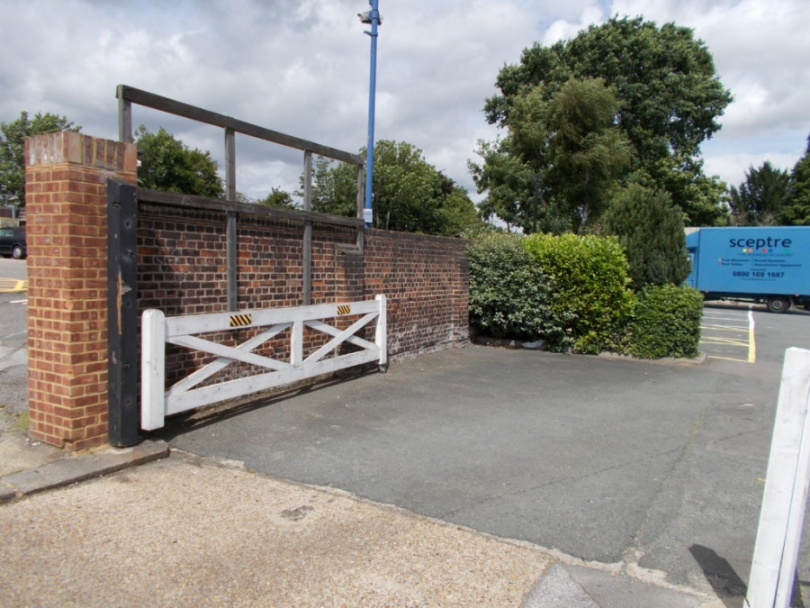 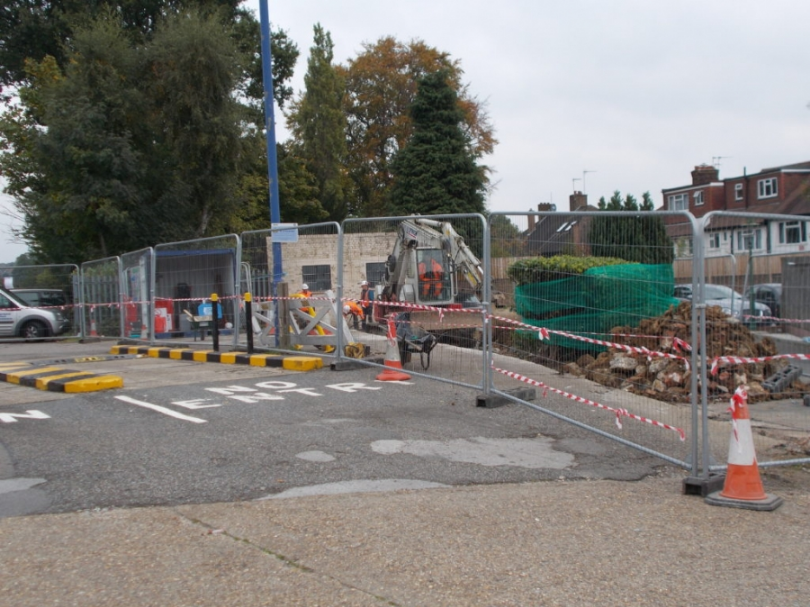 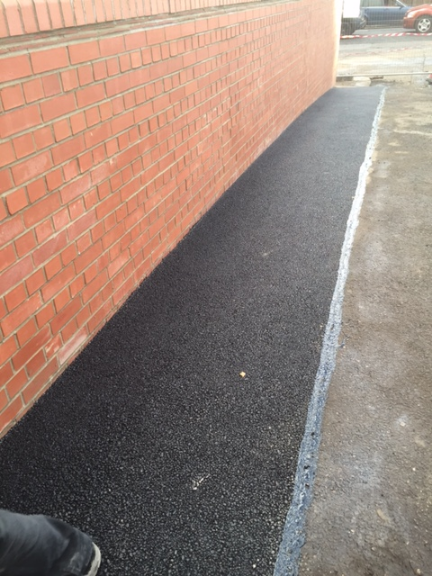