This work package is for the Enabling Works for the installation of a new Security Cabin at the Entrance to Cockfosters Depot.  Our scope was for the construction of a concrete base to support the new cabin, the formation of new footpaths, an engineering brick retaining wall, Key Clamp & Armco Barriers and provision of sewerage disposal & water supply to the cabin.

The new concrete base was to incorporate ducting to allow the installation of power, communications and water supplies to the new Security Cabin.  We carefully excavated the area by hand due to the presence of gas, sewage and water pipes in the area.  MOT Type 1 material was then laid and compacted and timber formwork was constructed to retain the new concrete.  We then built timber shutters within the perimeter of the shutter and laid 50mm ducts below the type 1.  These ducts ran from manholes outside of the slab perimeter to the new shutters within the new slab area.  The MOT Type 1 material was then compacted and the rebar and reinforcement mesh was set out within the formwork.

Concrete was delivered to site in a ready mix truck and poured into the prepared shutter.  The concrete was vibrated to expel air and floated to the required finish, concrete cubes were taken for the testing of compressive strength.  Following a suitable curing period we returned to site and struck the timber formwork.

We also constructed a footpath to take pedestrians away from the entrance road and around the new Cabin.  The manholes outside of the perimeter were incorporated into this footpath.  Cable pits were installed into excavations and the area around them was built up with engineering bricks to accommodate the manhole covers.  A deep excavation was also made to run from the Cabin to the existing sewer pipe.  This excavation was lined with a plywood box and braced to the surrounding earth with Aco props and timber baulks.  Using an excavator we lowered concrete rings into the excavation and cut into the sewer pipe.  We then ran our new sewer pipe into the concrete rings and built an engineering brick surround to accept the new pipe and the opened existing sewer run and built a surround onto the uppermost concrete ring.  A new manhole cover was fitted, which was again incorporated into the new footpath.

The new footpath around the Security Cabin slab was constrained by kerbs and made up of 600 x 600 paving slabs laid on a bed of sand.  The area to rear of the footpath is banked at a high level which then runs to trackside below.  To prevent collapse of the bank onto the footpath we were instructed to construct an engineering brick retaining wall.  We dug out and installed a concrete footing and laid the brick wall to the clients’ specification.

We were asked to return to site to provide a parking area for personnel signing out of the Depot.  The existing bike shed was demolished by hand and a concrete slab was laid up to the new footpath.  The slab was cast as above though starter bars were chem-fixed into the security cabin slab and provision was made to encapsulate the lights installed by others to illuminate the footpath.  We also erected an Armco barrier around these lights to prevent damage from the vehicles parking on the new slab.

We were also asked to install the water supply to the new Cabin.  We installed copper pipe from the trackside rooms through to an area adjacent to the cabin.  When the pipework exited these rooms we connected polypipe which was run to the previously installed manhole and thus into the Cabin.  The polypipe was buried in the ground en-route to the manhole and protected from frost damage.

Finally, we installed a new concrete footpath at the entrance to the Depot to which a Key Clamp barrier was fixed to segregate pedestrians from vehicles. 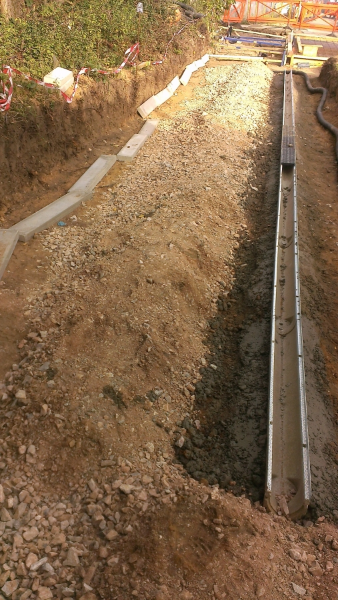 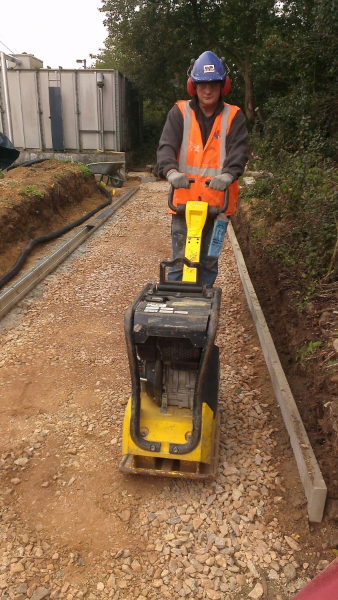 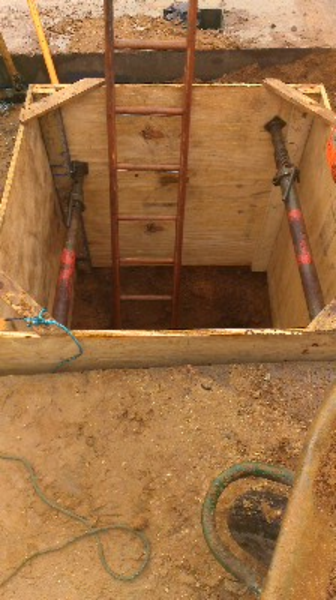 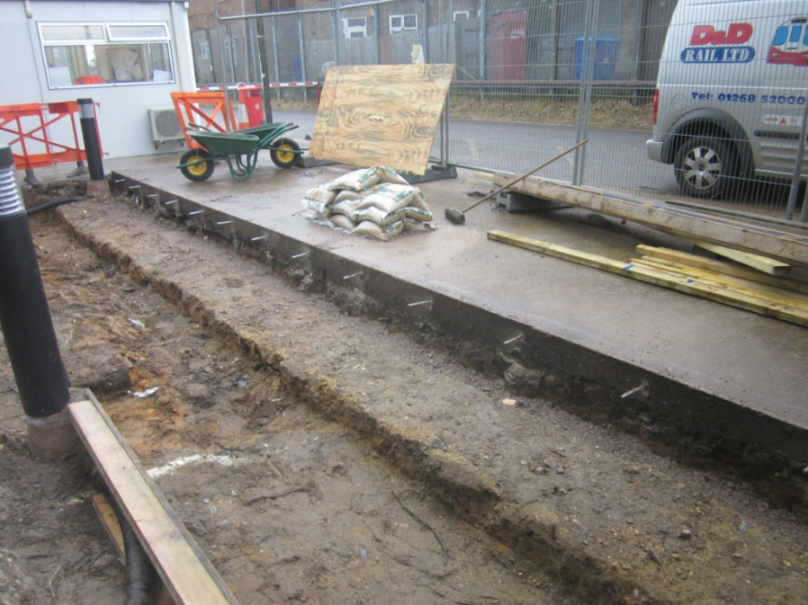 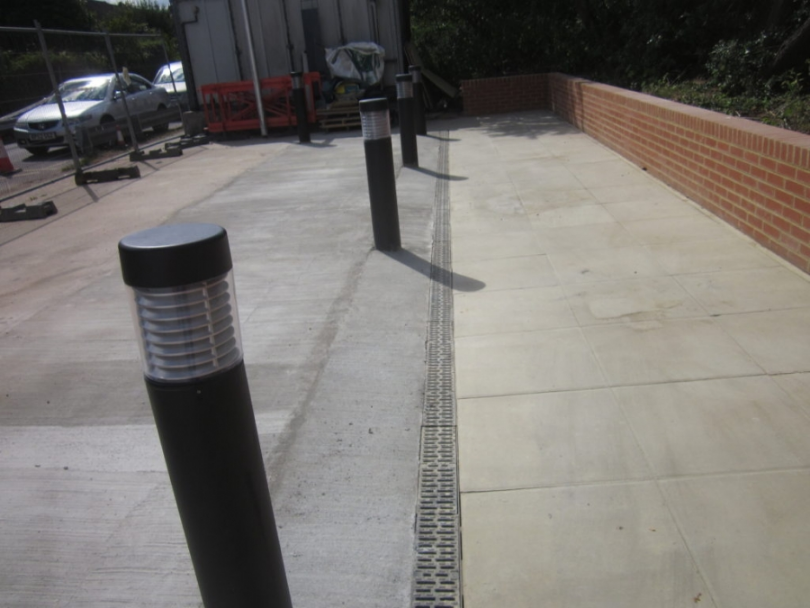 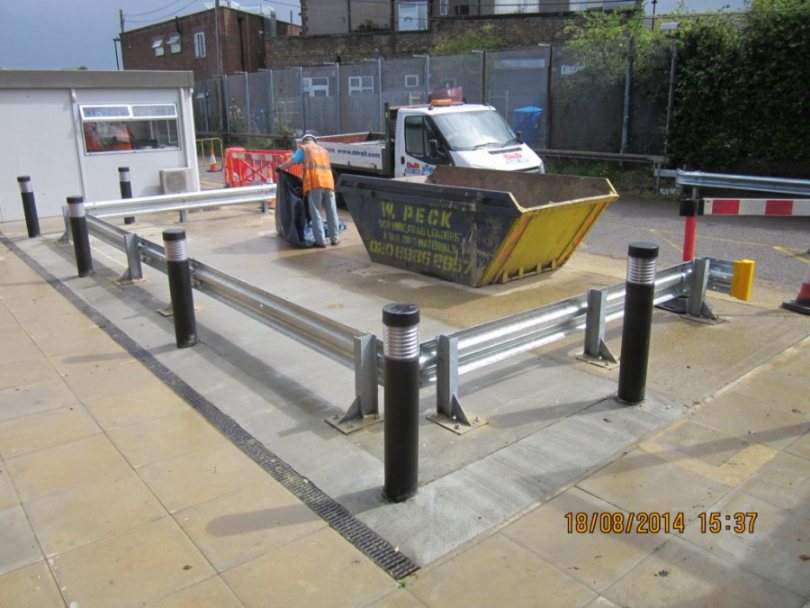