Our scope of works included the provision of a new walkway, door and associated lighting at Edgware Station between the train shed and the north end of platform 3 to allow train drivers more convenient and safer access to and from trains stabled at this location.  The main elements of the walkway consisted of foundations, a raised walkway over a friction arrestor, 4 flights of steps, a new doorway, installation of new and removal of existing lighting (and associated infrastructure) and walkway signage.  The walkway surface was to be GRP type along its route.  Within the train shed the existing hoarding was to be removed and the new walking route was to be suitably demarcated.

Works commenced with the CAT scanning of all areas to identify any existing services.  Once this was completed we cut out the doorway opening.  The doorway was marked out including space for the new lintel.  Strong boy props were inserted on both side of the brick wall prior to any major cutting or removal of bricks.  The lintel area was exposed and a new lintel was placed into the door aperture.  An angle grinder with a dustless extract system was then used to cut out the bricks.  Once the perimeter lines had been cut small breakers were used to cut away the bricks in the opening, this was carried out from top to bottom course by course.  As the opening was formed, the resultant rubble was be bagged up ready for removal from site.  A new steel door and frame was then fixed into place and fire stopped in accordance with FIRAS.

The area of the support pads for the walkway was then set out and CAT scanned.  Areas were dug by hand and arisings were bagged ready for removal from site.  Reinforcement cages were fabricated within the excavation.  These were inspected and signed off in accordance with the Inspection and test plan for the works, prior to concrete pour.  Bagged C40 was then mixed, poured and vibrated to remove air pockets.

The steel walkway components were brought to site and assembled.  The support columns were placed, marked and drilled.  The holes were puffed out to remove debris and the holding down bolts were fixed using a chemical anchor system.  The components were then bolted together hand tight and jacked into the level position.  The feet were shimmed and 5* grout was poured beneath.  Once this had set, all components were torqued up to recommended settings for the fixing bolts.

Formwork was also constructed for the steps to the new walkway.  Dowels were fixed into existing concrete using a chemical anchor system and reinforcement cages were fabricated.  The shuttering and steel reinforcement were inspected prior to the placement of concrete as per the Inspection and test plan.  Once signed off the concrete was poured and left to cure.  The remainder of the walkway was formed in a shallow excavation.  Type1 material was laid and compacted in the shallow excavation.  Preformed concrete edgings were then placed on a bed of C40 concrete.  Reinforcement mesh was cut and laid between the edgings and concrete placed and vibrated.  Dura composite walkway panels were then cut and fixed into place to form the top layer of the completed walkway.

We also made alterations to the existing lighting.  An isolation plan was drawn up and agreed with LUL prior to any powering down of the existing supply, and new lighting was installed to suit the layout of the new walkway before redundant lighting was removed. 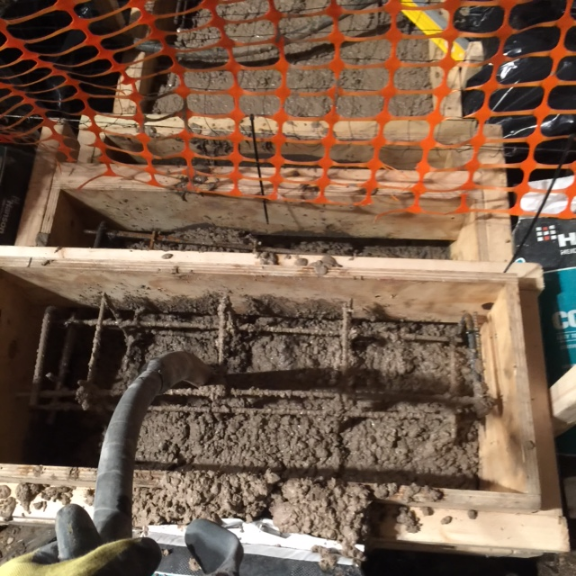 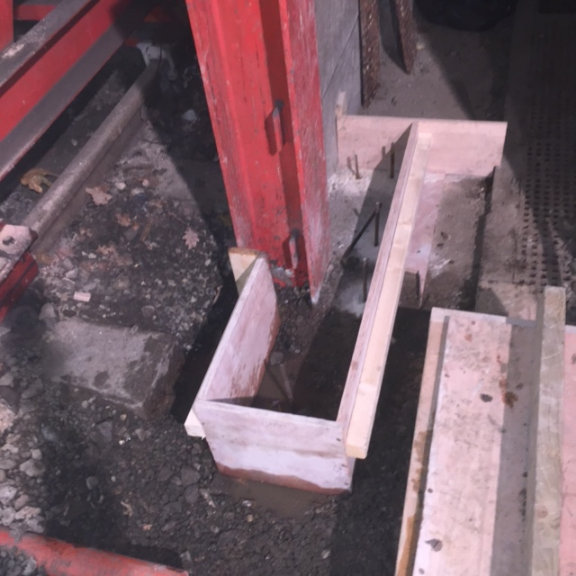 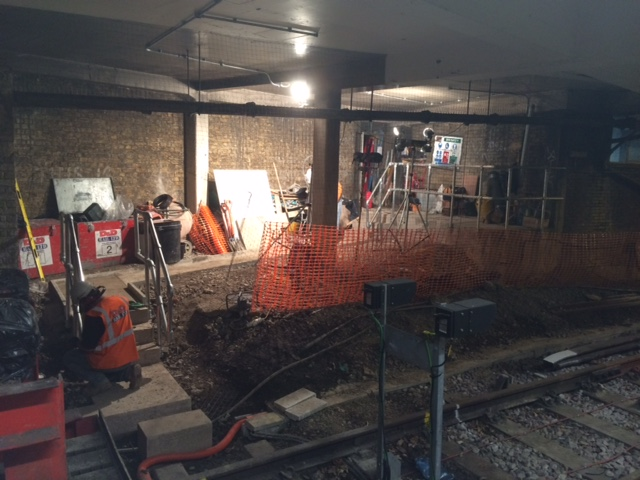 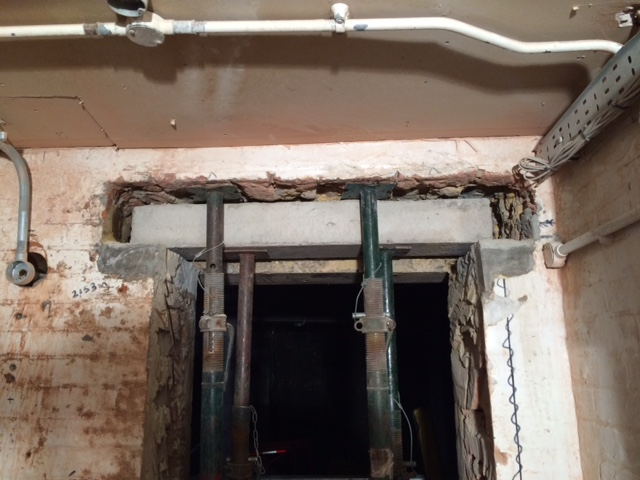 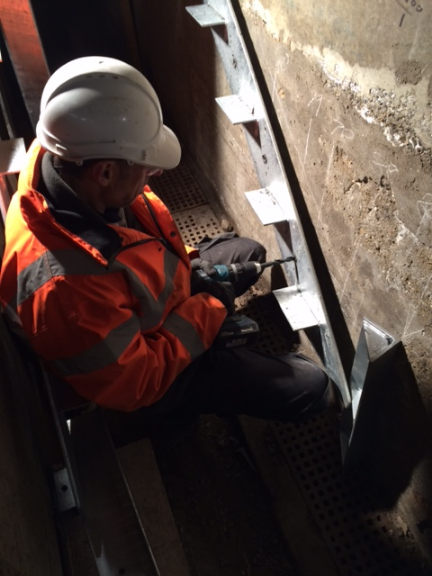 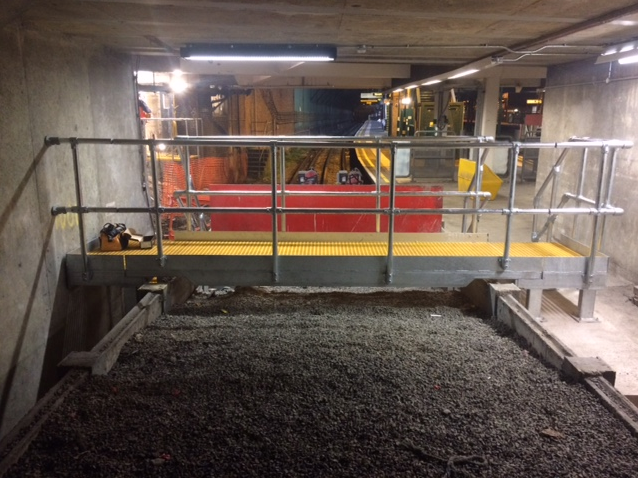 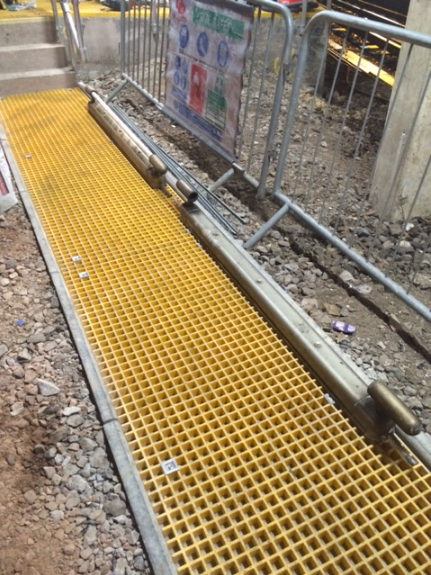 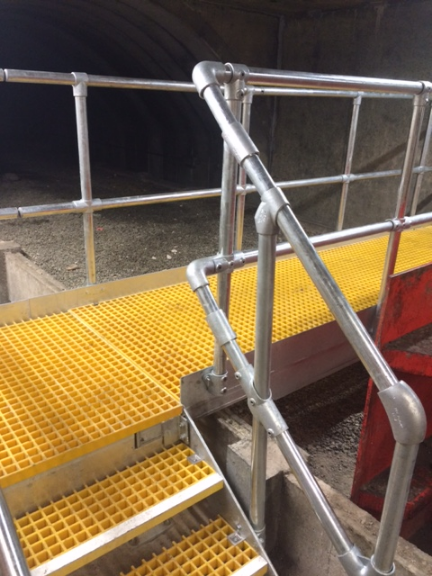 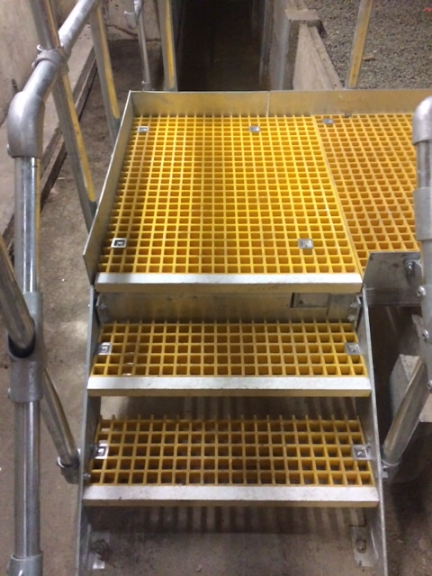 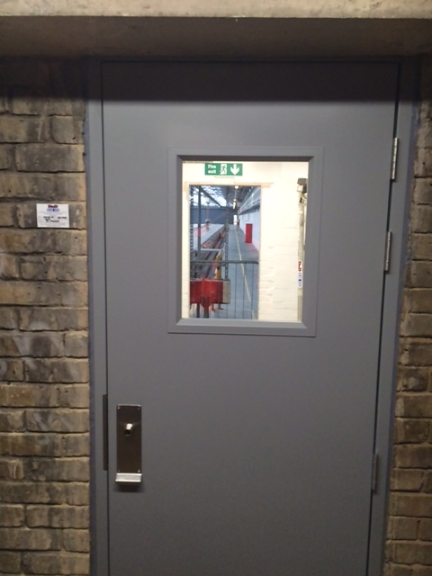 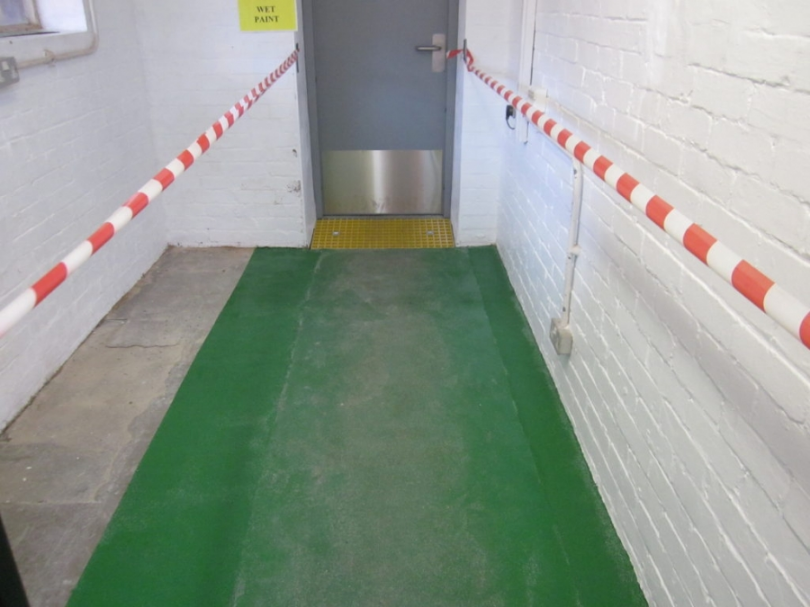 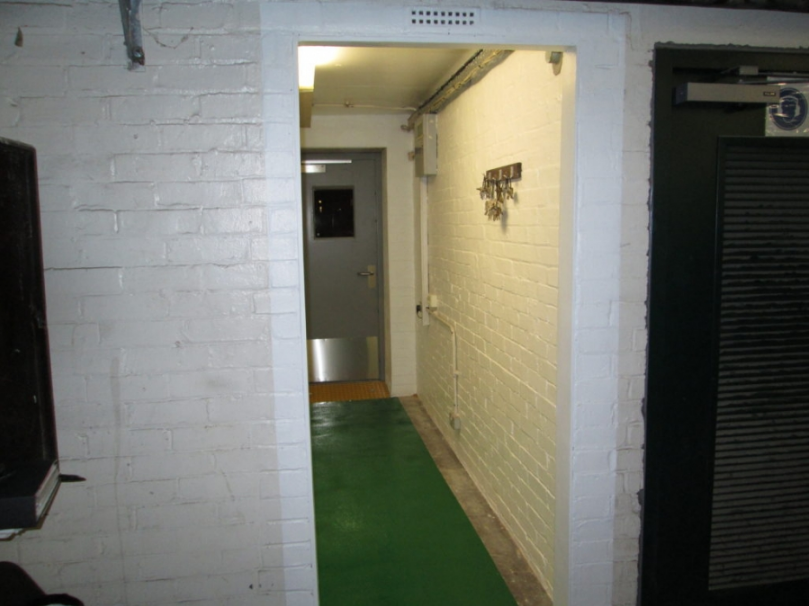