Our works for Northfields Depot were completed as part of our Minor and Intermediate Framework with Tube Lines.  This project was for the refurbishment of the Duty Depot Manager’s Office and construction of a new Mezzanine Area above rooms 1/930 and 1/931.

The removal of ceiling tiles from the existing grid using tile removal tools.  The existing floor covering was removed and all old fixtures & fittings were removed and discarded.

A new door way was marked out and a new lintel was inserted into the door aperture which was levelled and dry packed to suit.  An angle grinder with a dustless extract system was employed to cut and form the new door opening.  The new door and frame was fixed into place and completed to FIRAS and LUL fire stopping standards.

A new internal office was constructed within the existing open plan office using steel channels and timber studwork.  A new kitchen comprising of stainless steel base units and worktop was then installed to the new room layout.  A new bespoke booking-in counter was placed into the main office and the décor to all rooms was generally refreshed, this included new skirting, re-plastering to walls and new altro floor covering.  The existing doors and windows were replaced with new fire doors and double glazed windows.  New notice boards were installed and finally all rooms were painted to a good quality finish.

The new suspended ceilings were installed to all areas, this comprised of a Burgess channel and hanger system with tiles placed into the grid, with 2 layers of rockwool on top for fire protection and insulation purposes.

Alterations to the existing lighting took place and the new lighting was installed by our certified electricians.  This also included new trunking, various socket outlets around the whole Duty Depot Managers Suite and the installation of new distribution boards.

Fire system alterations took place to suit the new room layout as per the scope of works, this included Fire Exit signs, smoke detectors and fire alarm systems.  The message change sheets were produced and the fire panels updated to suit.

A new mezzanine floor was constructed within the footprint of the Workshop area (1/561).

The existing blockwork walls were marked out to suit the new mezzanine steel work and the blockwork was cut down using a dustless grinder and breaker systems.  New C40 concrete pad stones were formed for the foundation of the new Mezzanine structural steelwork.  We installed the structural steels and checked them for leveling.  A hilti resin anchor system was utilised for fixing and pull out tests were carried out and recorded.

A new fire compartmented wall was made in 1/930 and 1/931 using Kemwell cementitious boarding and promat promoseal.

New blockwork was erected to the outside perimeter of the newly formed rooms.  Apertures were left in the blockwork for the installation of the windows and doors and the blockwork walls were rendered to both sides.  This was skimmed to a finish ready for decoration.  The ceilings were cladded with supalux boarding to the underside of the new mezzanine floor.

A new steel staircase was fabricated and built on site to provide access and egress between ground level and the locker room at upper floor/ mezzanine level.  A Metsec steel framed system was erected to provide a wall for the locker room/ mezzanine area.  The wall was cladded with Supalux boarding both internally and externally which was then painted.

A plywood flooring was laid on top of the timber joisting and fixed in place prior to the laying of the altro flooring.  A new mesh screen was erected in front of the window area of the mezzanine to act as a barrier.

We made alterations to the existing lighting and electrical systems, this included conduit and plug sockets for various connections.

Mechanical alterations were made to the suit the new ceiling layout, this included new air conditioning and damper units.

New internal fire windows and doors were manufactured and installed, and all rooms were decorated.

A new metal mesh screen was erected within the workshop to enable the space to be defined as a separate area.  The screen was fabricated in separate parts and brought to site where it was erected and installed to complete these works. 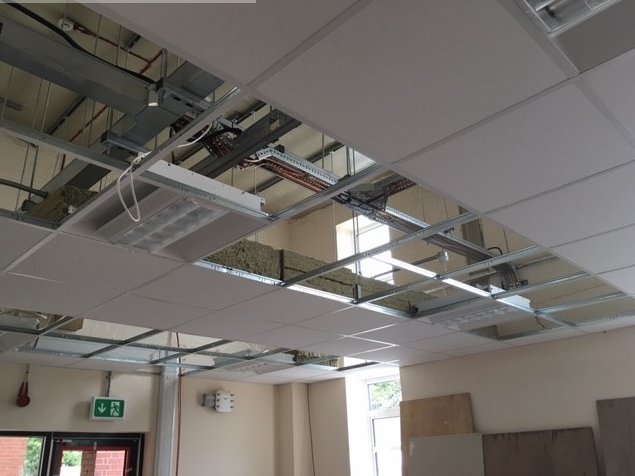 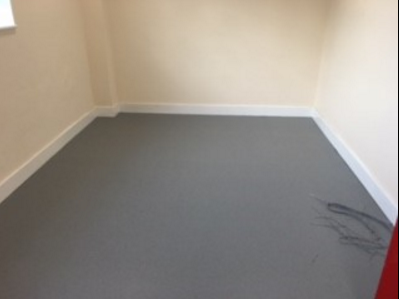 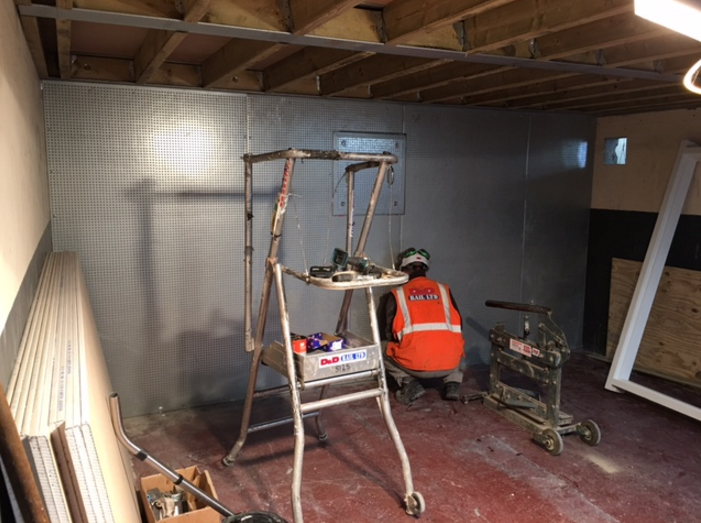 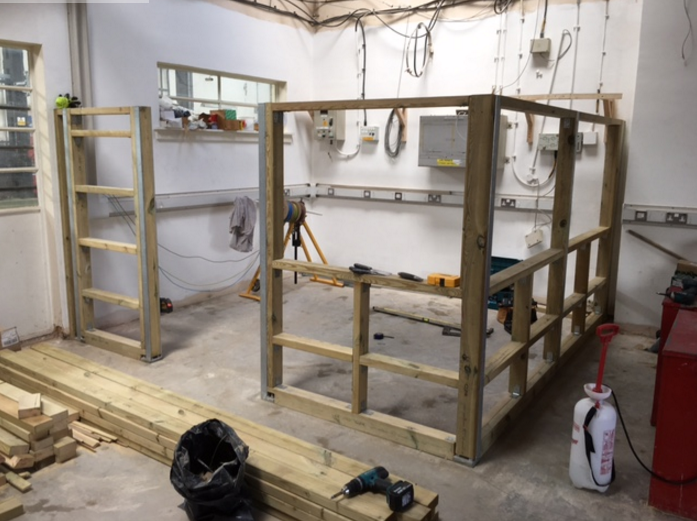 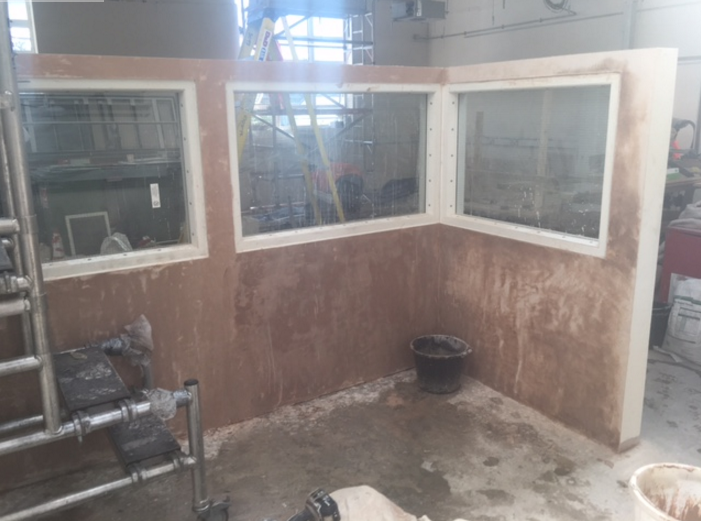 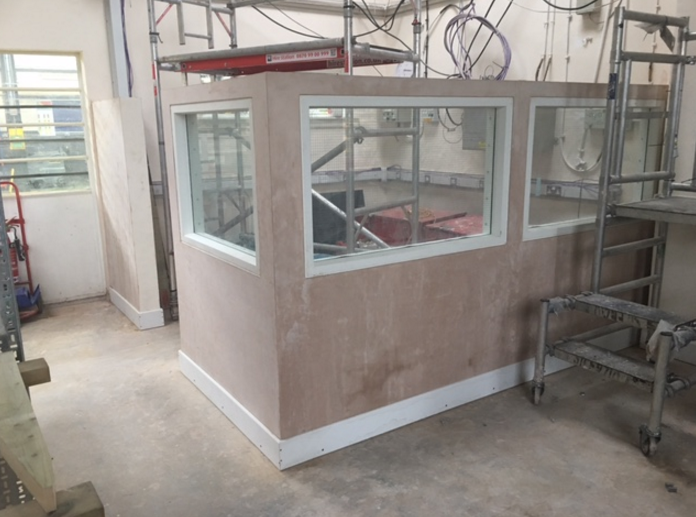 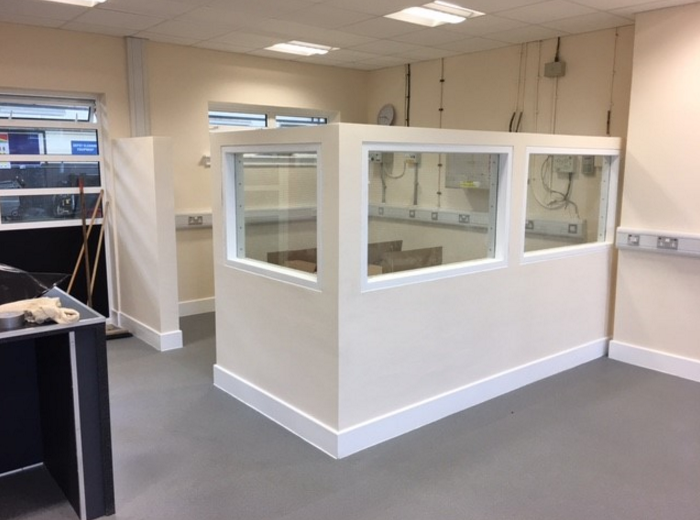 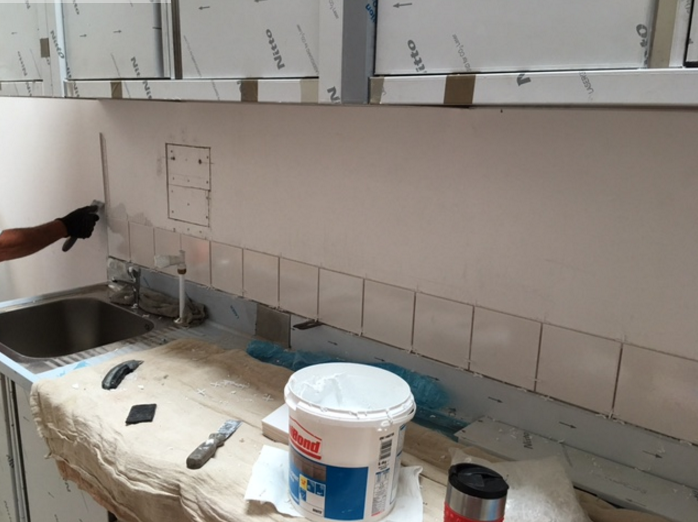 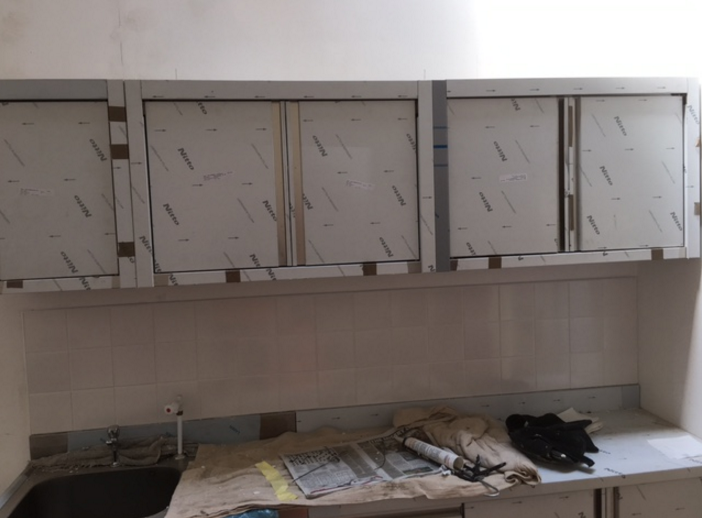 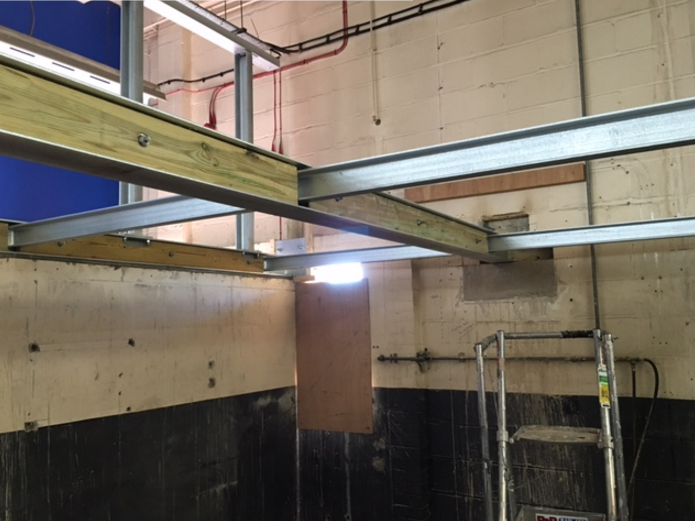 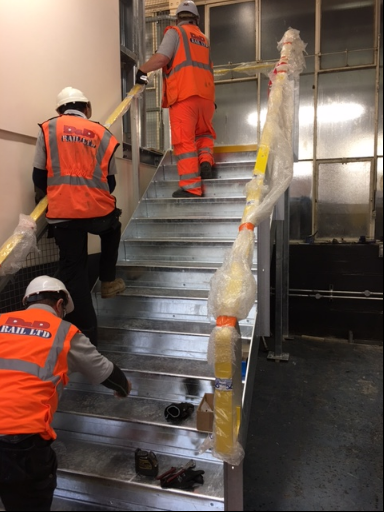 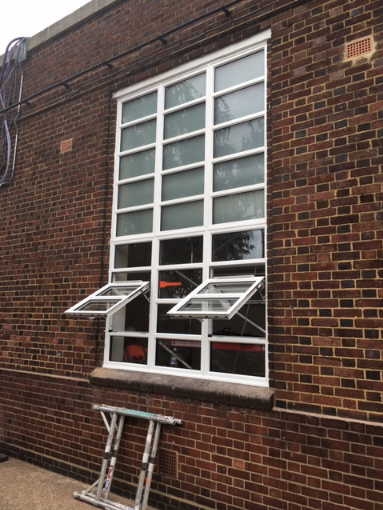 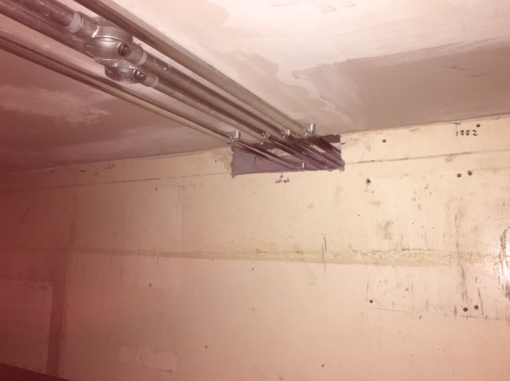 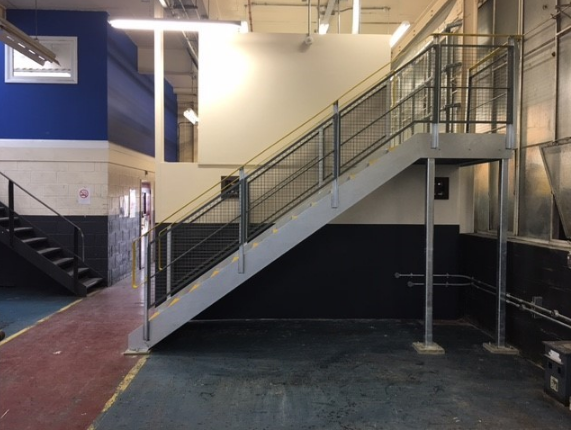