We were requested to attend a site meeting at Ruislip Depot to help solve a problem with the drainage of 2 No. Pit Roads.  The Depot ends of the Pit Roads had been bunded to retain contaminated water produced during train washing operations.  This water was then pumped from the Pits and disposed of as contaminated waste.  Unfortunately, the configuration of the Depot drainage meant that rain water was also being diverted into the bunded areas via the weep holes in the Pit walls.  The cost of disposing of this waste water was therefore many times higher than it should have been.

We were tasked with removing the existing surfacing in the affected area and laying a screed to a fall which brought the pit floors up to cover the weep holes.  The new screed was painted with green Scotchkote XF895 paint with an anti-slip surfacing.  Rain water was then diverted out of the area and into track side drains.

We then created channels in the screed and formed new weep holes at low level.  We cored the bottom of these channels and installed Aco drainage with waste outlets and plugs.  During train washing operations only these plugs were removed to allow the contaminated water to flow into the bunded area for disposal.  The plugs were replaced following the train washing operations, thus preventing additional water from being discharged of in this manner and significantly reducing the final disposal costs. 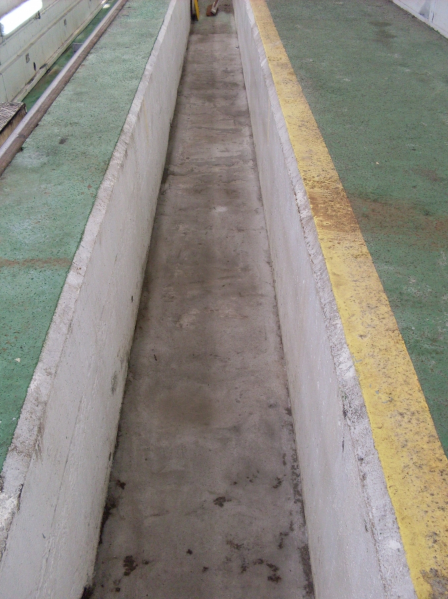 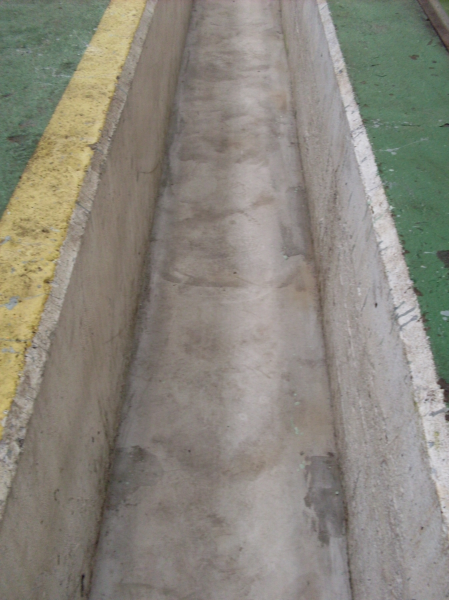 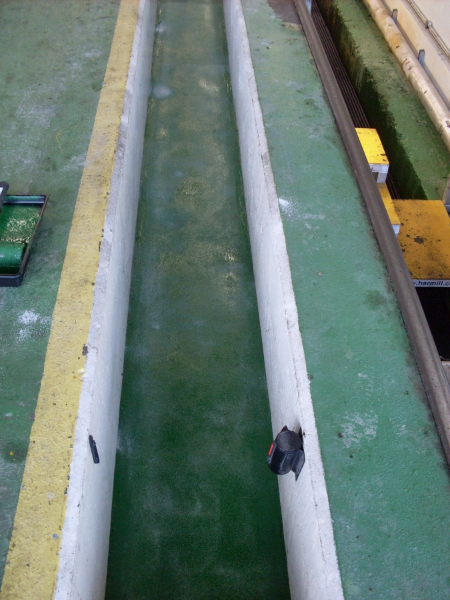 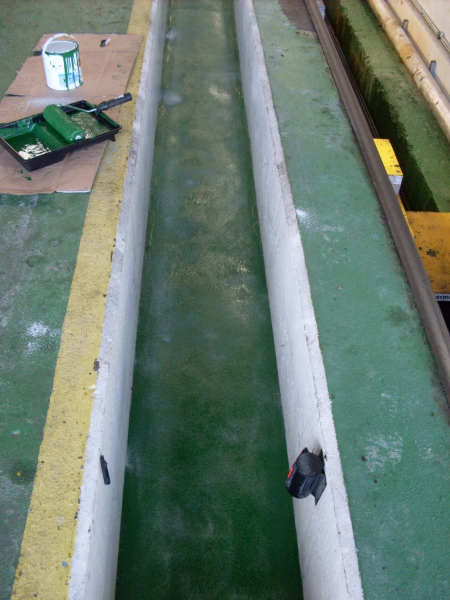 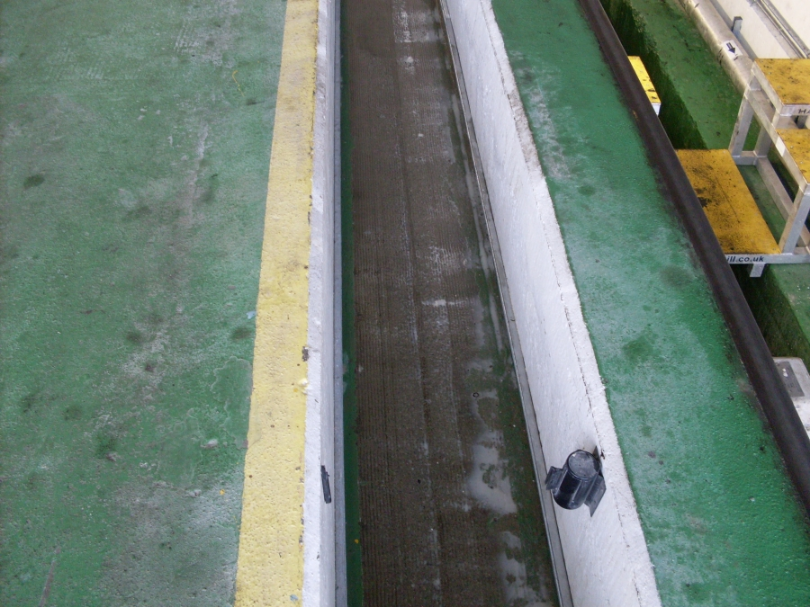 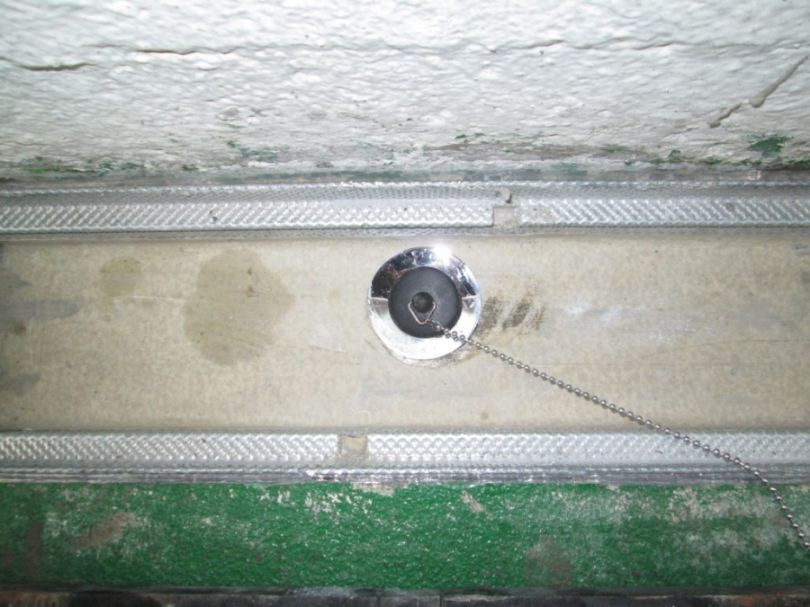 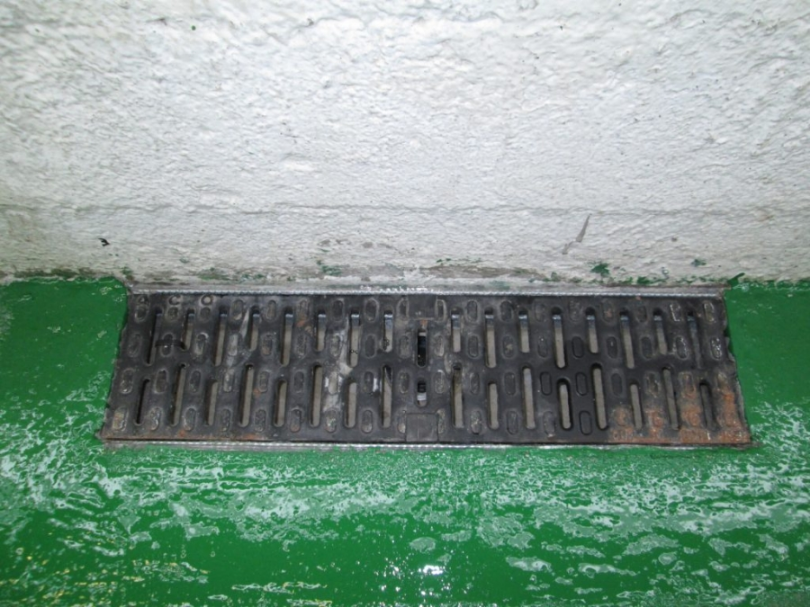 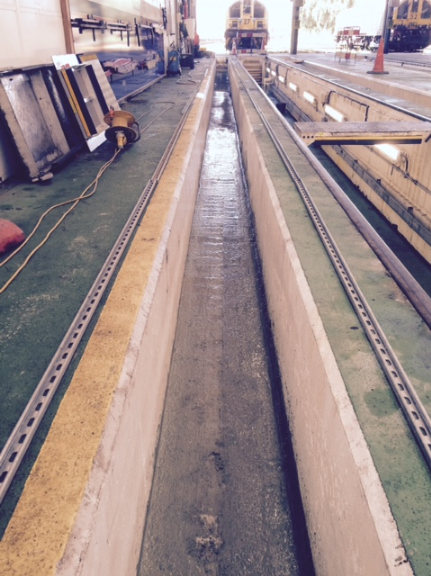 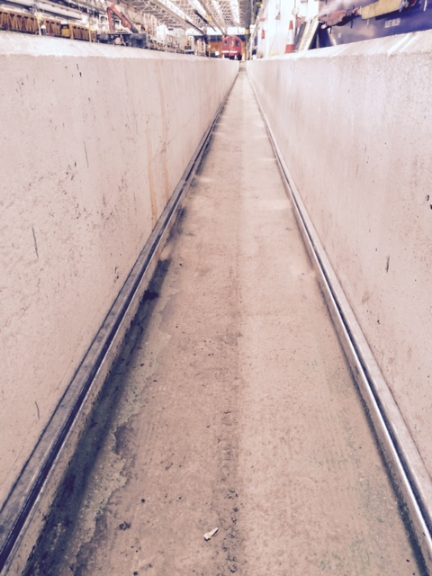 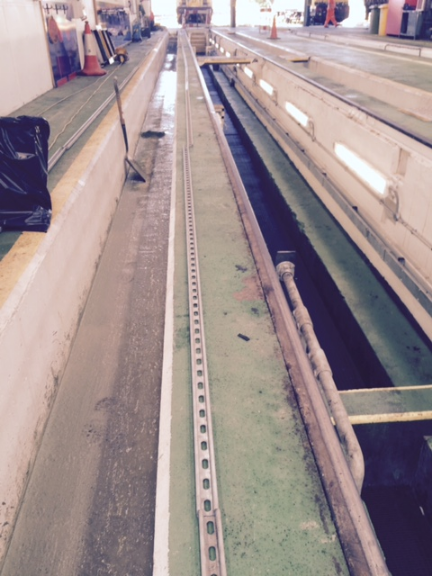