As Transport for London (TfL) announced that nine out of ten buses are now accessible, London Underground (LU) also announced it is investing more than ever before to make the Tube as accessible as possible, as quickly as possible, for all customers.

Many stations do not currently meet the needs of customers with physical, hearing or visual impairments.

LU faces challenges making the Tube accessible due to the age of the network, the costs of making improvements and a requirement to keep stations operational during improvement works.

As part of this commitment from TfL, D&D Rail were tasked to survey staircases within the station premises at 31no. separate locations by LU and produce a report on the condition of existing tactiles.  This also included making recommendations for what is needed to install tactiles on stairs which currently had none so that they would become compliant with DDA regulations.

Within the 31no. stations D&D Rail identified 25no. stations with 114no. stairs, and out of these stairs there were 51no. requiring tactile installations with a total of 1114no. 400mm by 400mm tactiles to be laid.

The installation work by D&D Rail staff was performed during engineering hours and had no effect on the running of the station or network.  Close liaison was carried out with station staff to start earlier wherever possible.

Once each station was complete a full handover pack was submitted to London Underground including CAD drawings and completion photos. 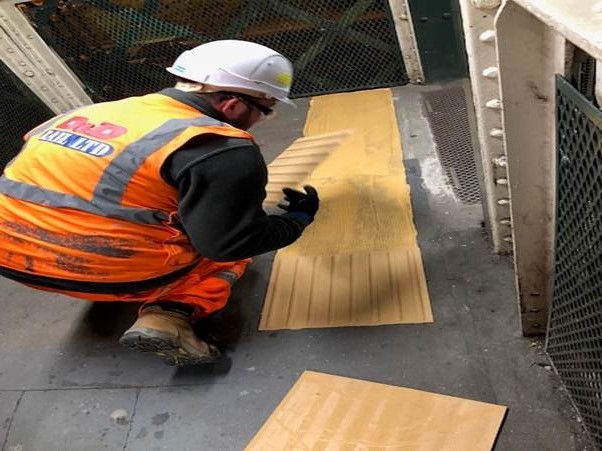 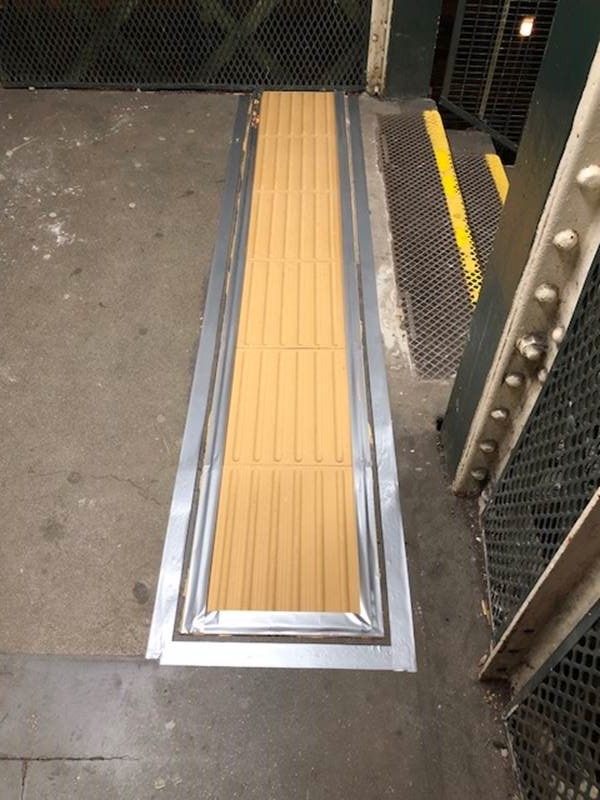 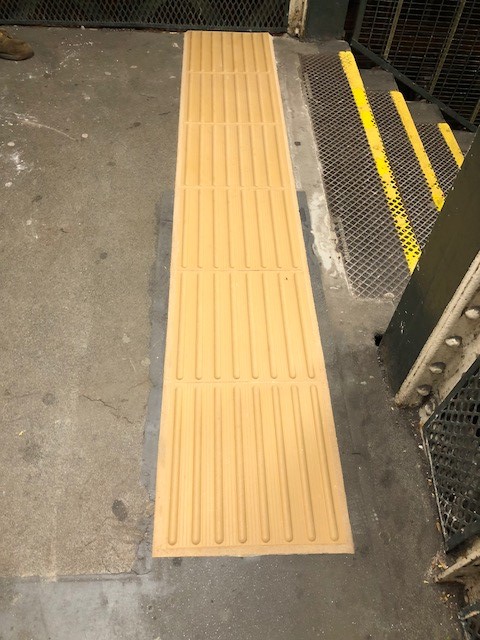 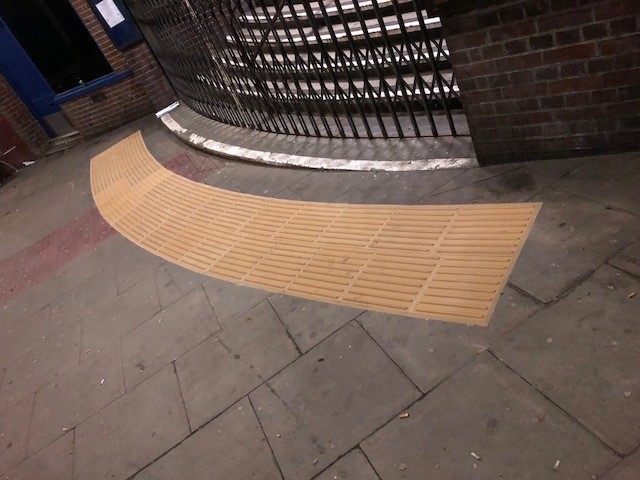 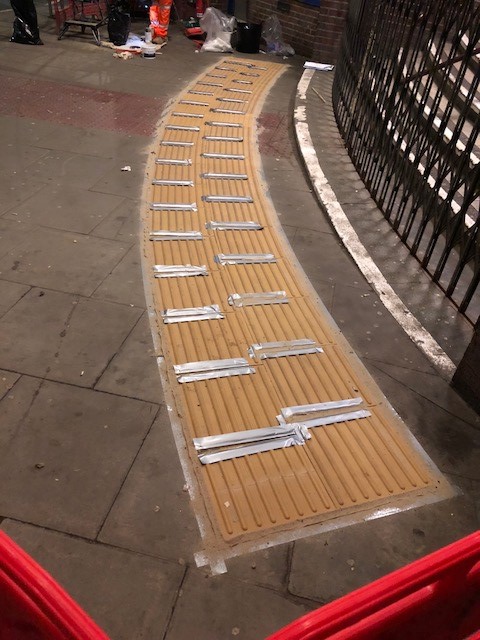 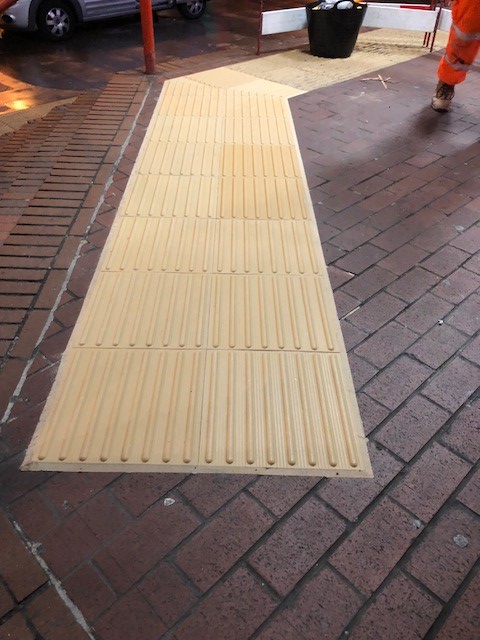 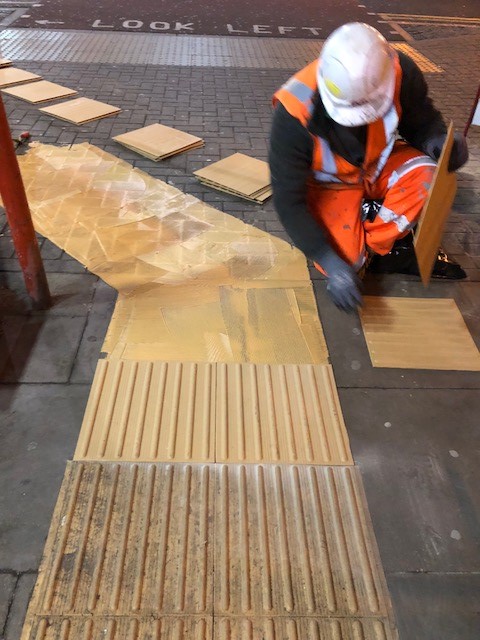 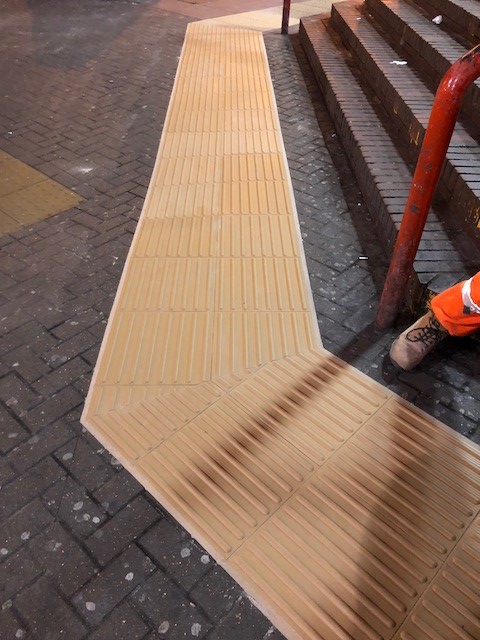 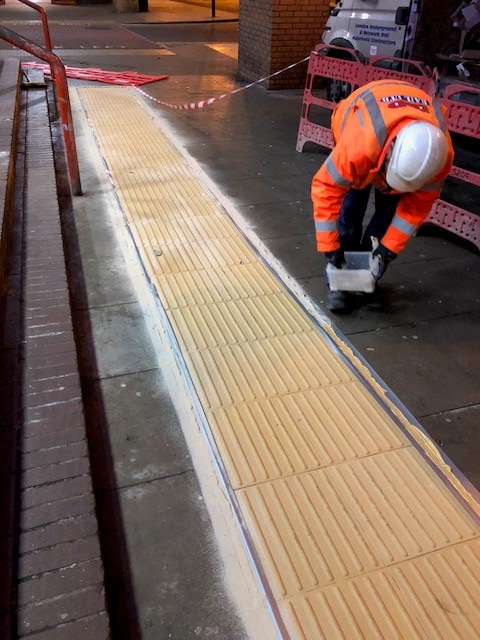 Tags: Outside of Map, Various Stations
Touch to Call!