D & D Rail were asked to assist with the removal of the LUL Site Compound located outside of Warren Street LUL Station. We were initially asked to price to cut the cabins down into manageable sections. This was due to the fact that LUL were informed by Tfl that they could not lift the office cabins out of the compound as they would not be able to obtain a road closure.

Following site meeting and discussions with Tfl we were able to negotiate a Limited Road Restriction for Euston Road. This combined with a routine maintenance closure for the underpass enabled us to submit a proposal for the removal of the compound including the office cabins. This proposal was accepted by LUL and we subsequently completed The Mobile Apparatus Application Pack for the cabin removal. This was followed by a site meeting with various agencies within Tfl and our traffic management consultants. Once all were in agreement we proceeded with the removal of the compound.

The compound removal was completed in only 2 No nights work over two weekends. During the first weekend we removed the hoarding from the underpass side during the routine closure. The hoarding panels were dismantled and taken to an approved waste disposal company. During the second weekend we removed the hoarding from the Euston Road side of the compound and lifted the office cabins, toilets and the generator onto vehicles parked on the Euston Road. Prior to this we had set up a traffic management system as agreed with Tfl to ensure safe passage of other vehicles.

In summary the compound was safely and successfully removed to the satisfaction of our client LUL without resorting to cutting down the cabins, saving costs and time in the programme. 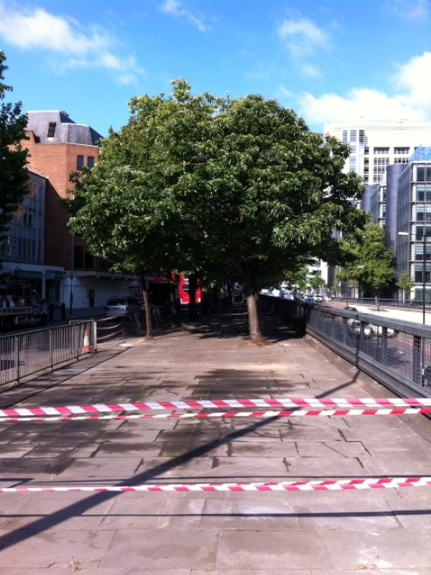 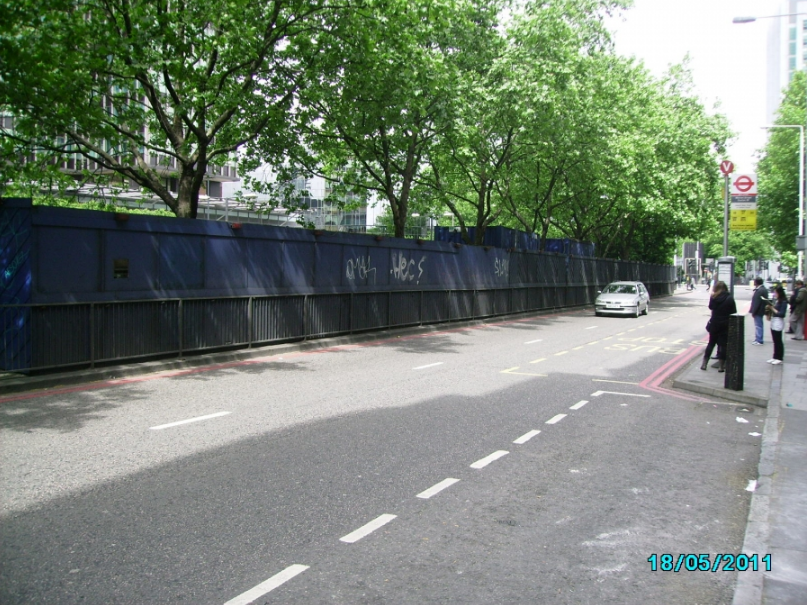 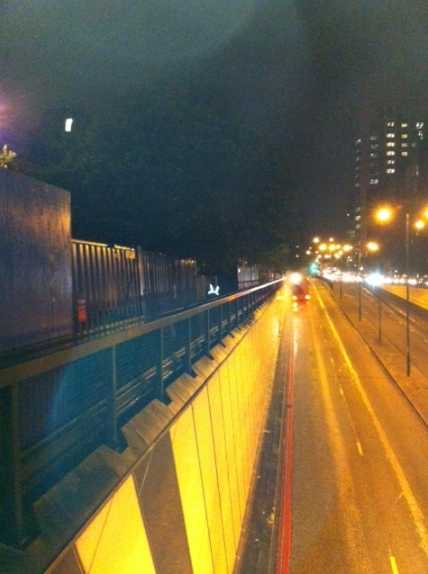 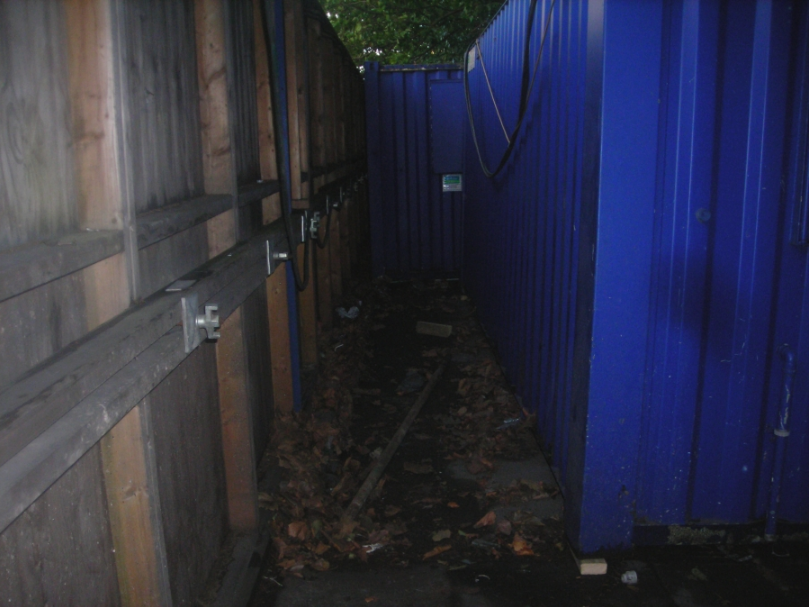 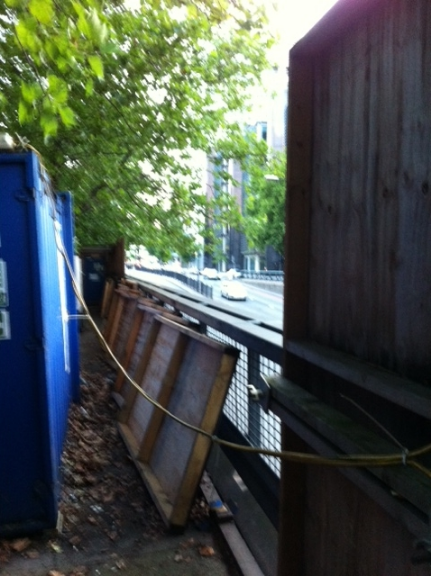 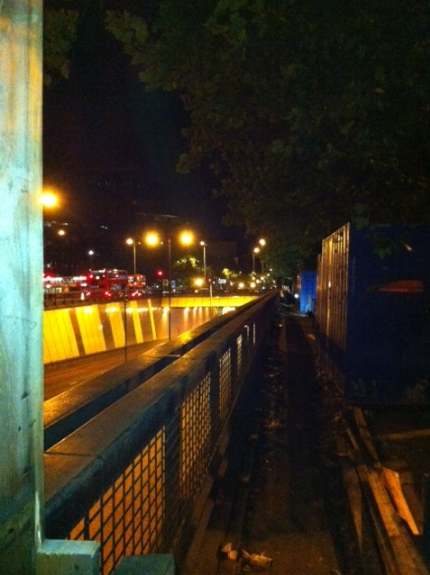 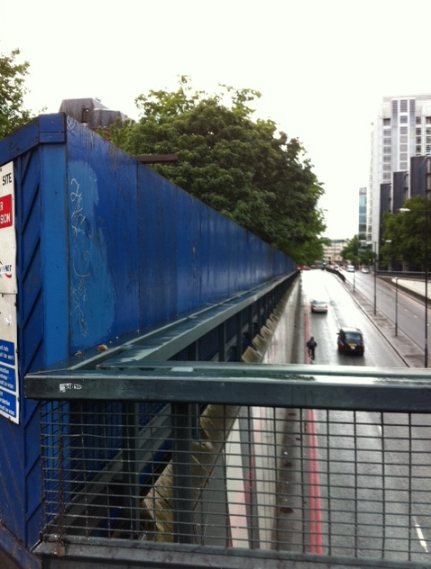 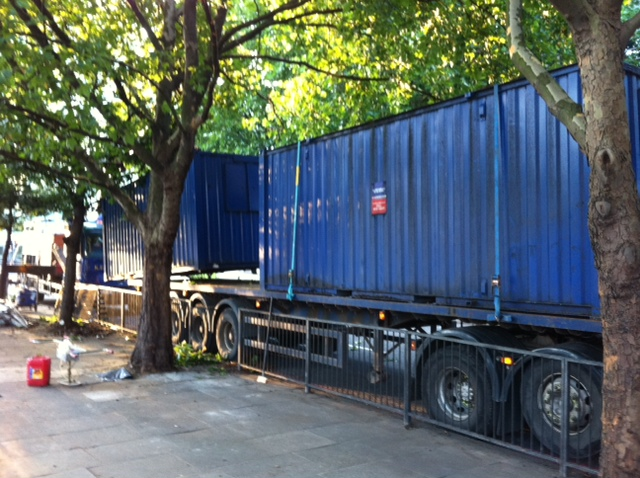 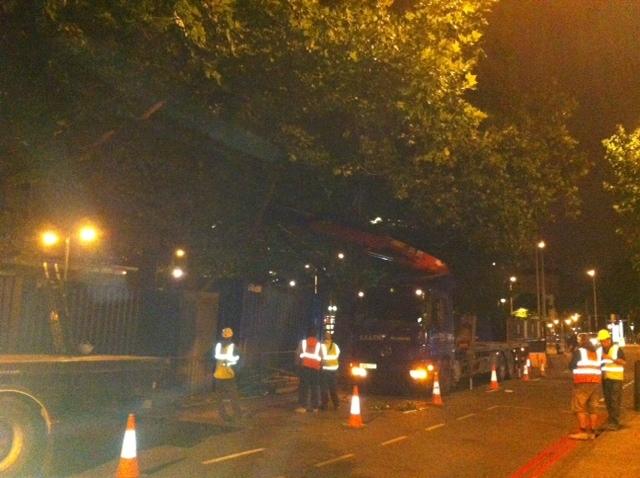