This project was driven by Network Rails desire to ease passenger flows from their main line terminus at Waterloo in to the LUL network.  This was to be achieved by introducing three new link stairways and three new gate lines.

The existing decommissioned Eurostar terminal and associate arches were to be converted to bring into use on a domestic level.

To achieve this the existing finishes and redundant block walling within the corridors and arches were removed. Extensive support propping was installed in the form of overhead needles reinforced concrete foundations and columns and rakers.  All of this was installed prior to any of the breaking through of the new gate lines.

Robotic plant was used in the form of Brokk excavators and mini spider cranes during this work due to its tight working constraints.  These were run off a three phase electrical supply.  The openings that were formed for gate line A & B were through original spring arch walls that were approximately 2.0m thick.  Extreme care had to be taken in the demolition phase due to the close proximity of the steel support work.  Once demolition was complete the openings were lined with 3 no.  RSJ picture frames that were fixed into place wrapped with reinforcement bars shuttered and concreted. Specialised mixes were used to increase flow to the concrete around the steelwork within the shutter.

This conversion project was delivered under an extremely tight programme which could only be achieved by the use of rolling shift pattern around a 24hour period. 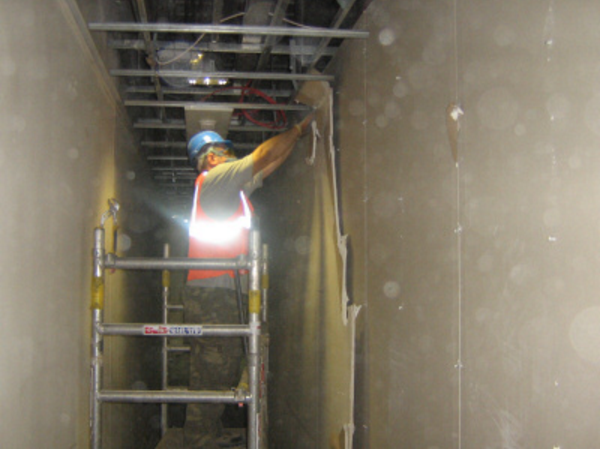 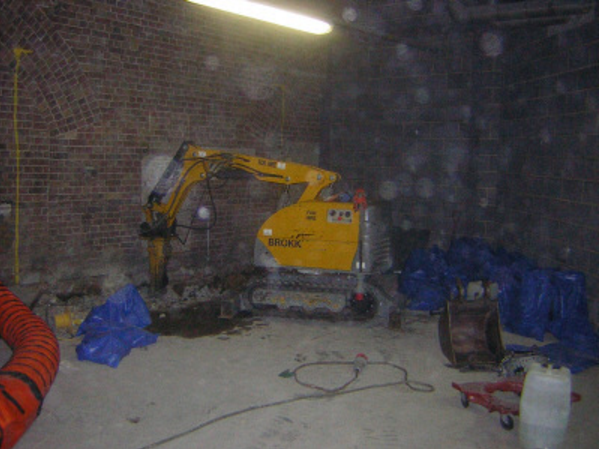 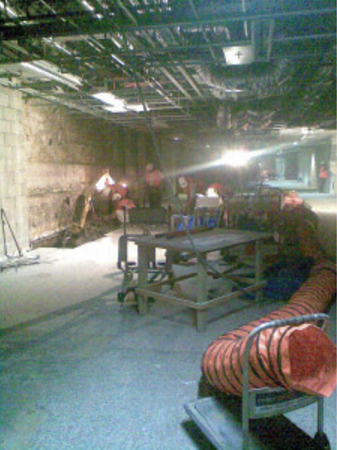 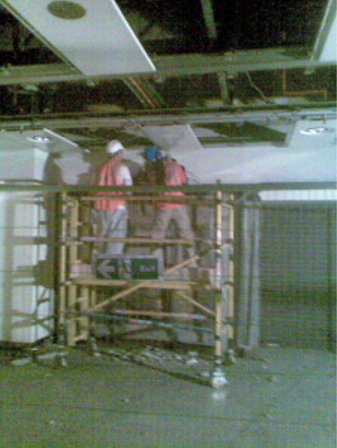 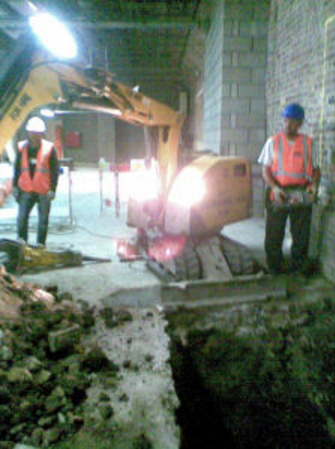 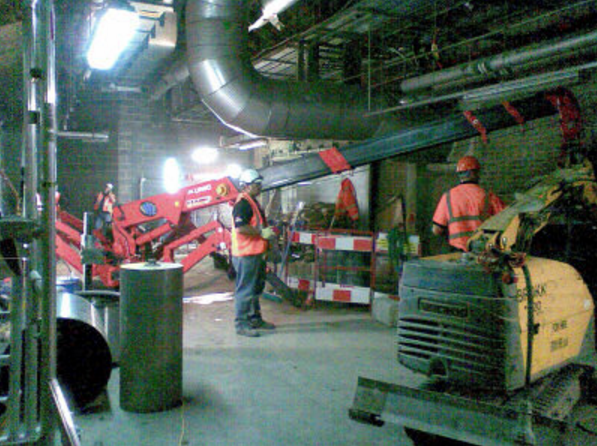 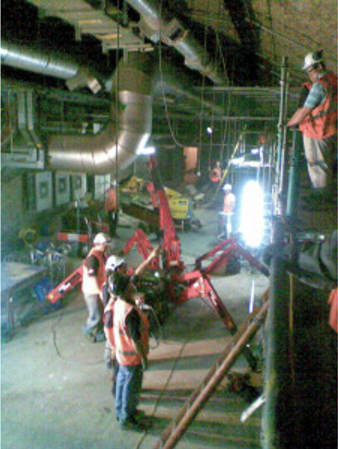 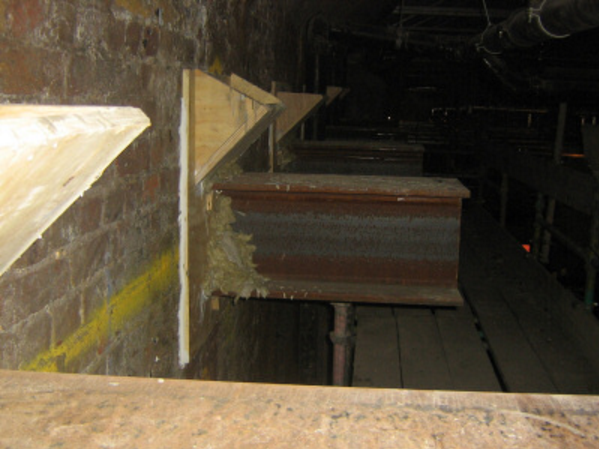 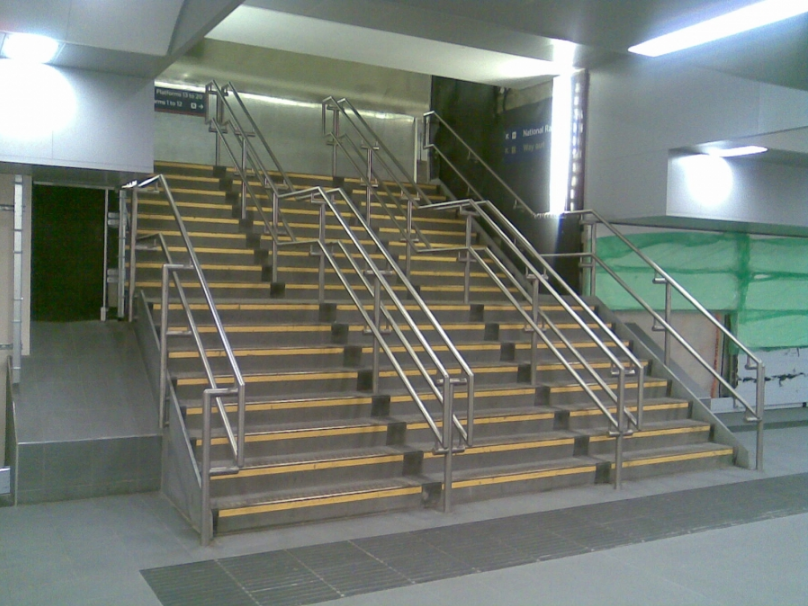 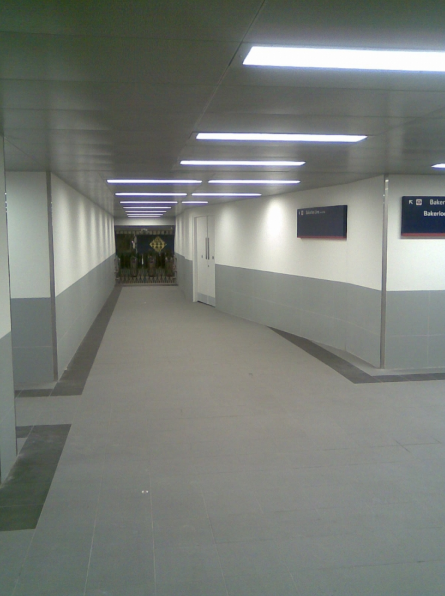 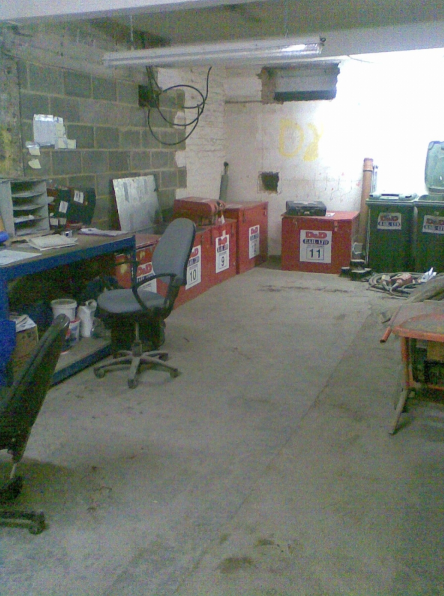 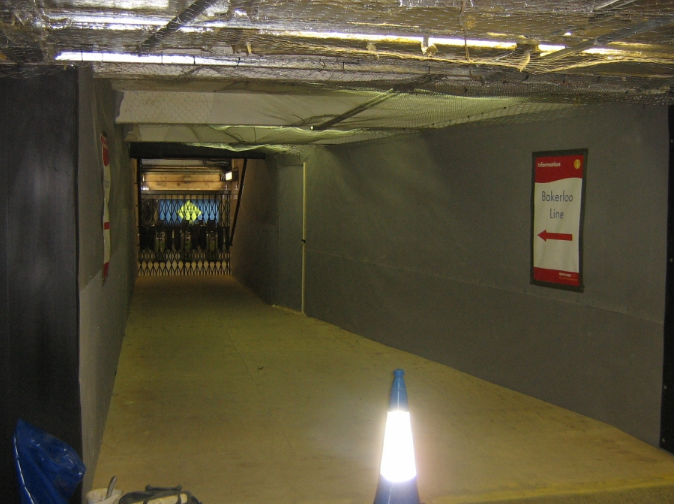 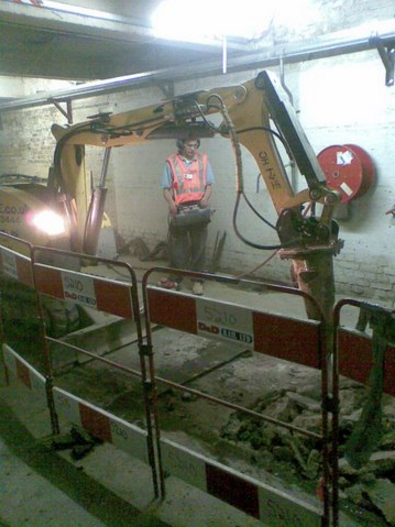 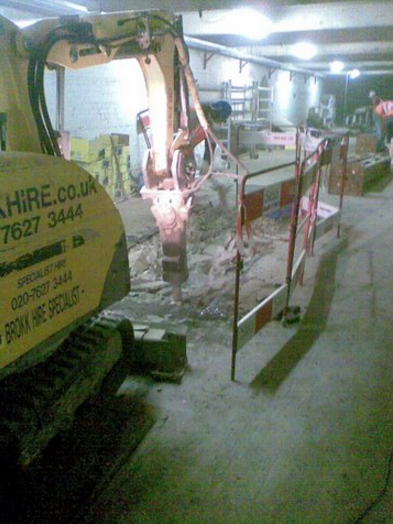 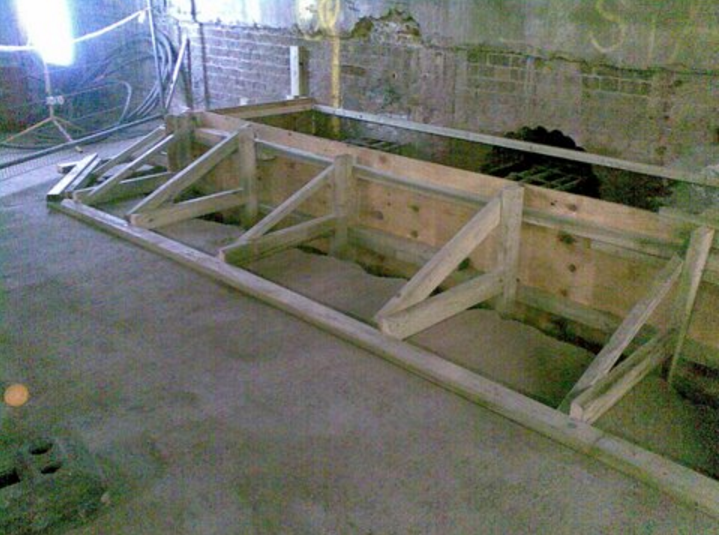 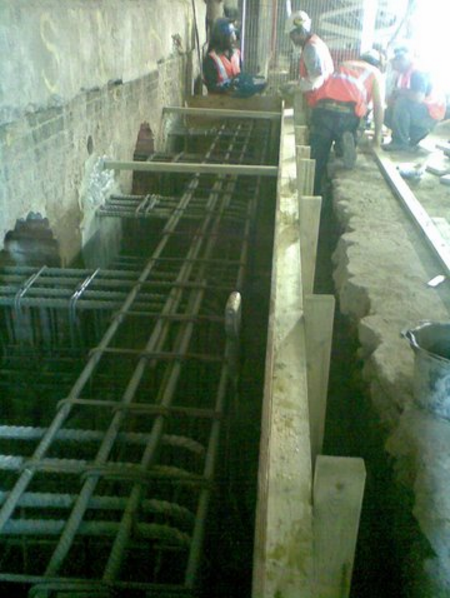 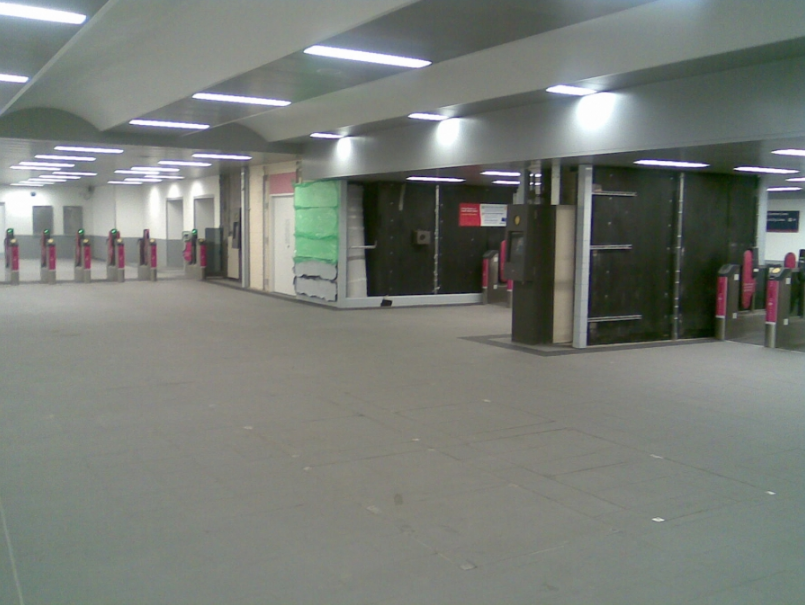 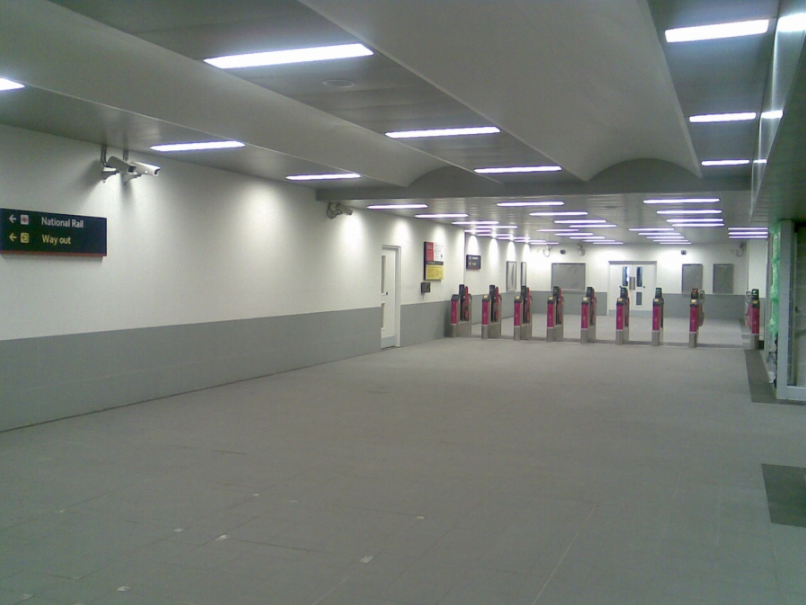 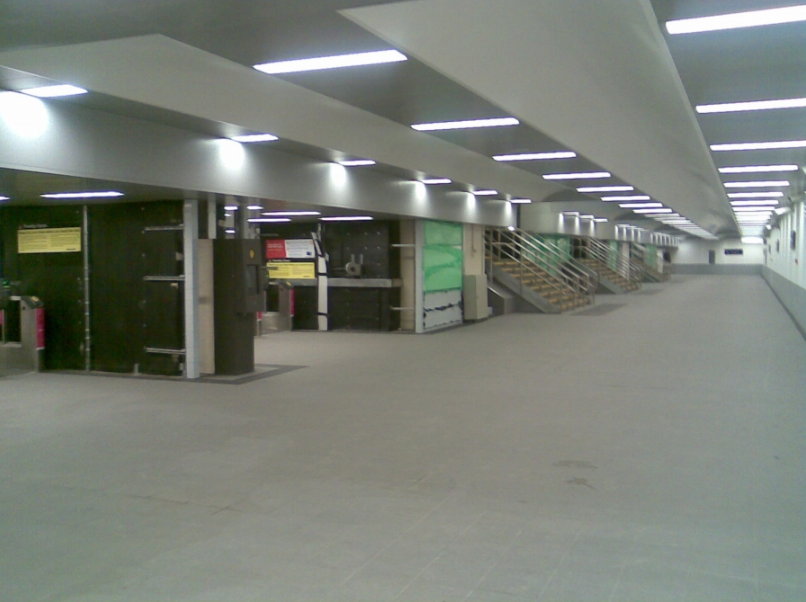 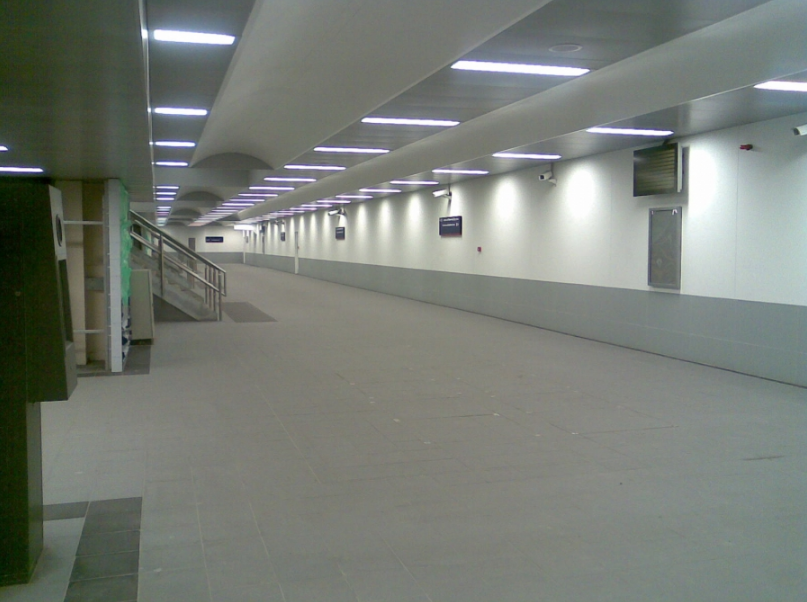