As part of our framework for Minor & intermediate Works we were asked to replace undersized concrete tactiles on platforms 1 & 2 of Westminster Station with full sized concrete tactiles.  Our works commenced with the marking out of the cut line on the platform at the extent of the larger tactiles and joint.  Once this cut line was marked out we carried out an intrusive survey on a section at the end of the East Bound Platform.  Due to the amount of dust produced during the cutting and breaking out process there was a requirement for a fire isolation for the duration of the project.

Once the isolation was in place a 110v angle grinder attached to a dust extractor /hoover was used to commence the cutting of the platform at the extent of the new tactile line.  The existing tactiles along with a section of the platform tiles were broken out with the use of a heavy duty 110v breaker.  On commencement of the break out it was found that the sand/ cement bed below the existing tactiles was unsound.  We were therefore instructed by our client to break out the sand /cement bed right down to the platform slab.

Due to the required depth of the bed the design was altered by our client and the new tactiles were now to be laid on a sand/ cement bed on both platforms.  To ensure that the station could be opened for passengers following engineering hours, an agreed section of the existing tactiles and bed was broken out on a nightly basis.  New tactiles were laid on the sand and cement bed in the section broken out.  A 25mm joint between the nosing and the tactile and a 10mm joint between the platform and the tactile were also formed on a nightly basis.  Joints were formed by fitting flexcell board coated with Fosroc Primer 7 from the slab to 40mm below the top of the tactile. Ardex GK Rapid Setting and Hardening Grout was mixed and used to form these joints.

Expansion joints were also formed onto flexcell board.  These joints were grouted with Fosroc Thioflex pourable grade forming a flush even joint.  Due to the slow setting time of this product the expansion joints were protected with strips of pre-cut chequer plate which was fixed to the platform surface with plugs and screws.  After a curing period of 7 days we removed the chequer plate and filled the fixing holes as required.

Works continued on a nightly basis until all of the undersized tactiles had been removed and replaced with full sized concrete tactiles.  Works were completed on programme to the satisfaction of our client. 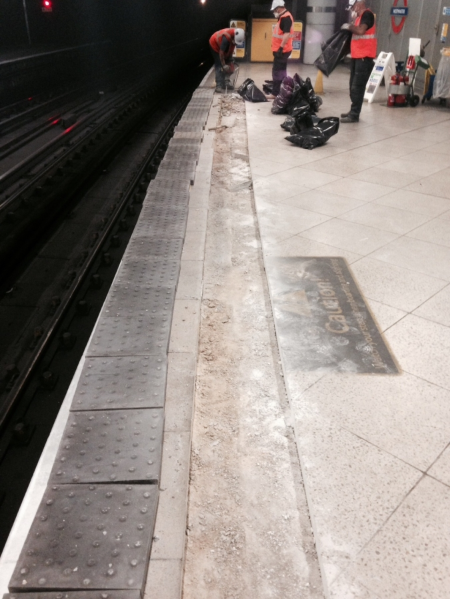 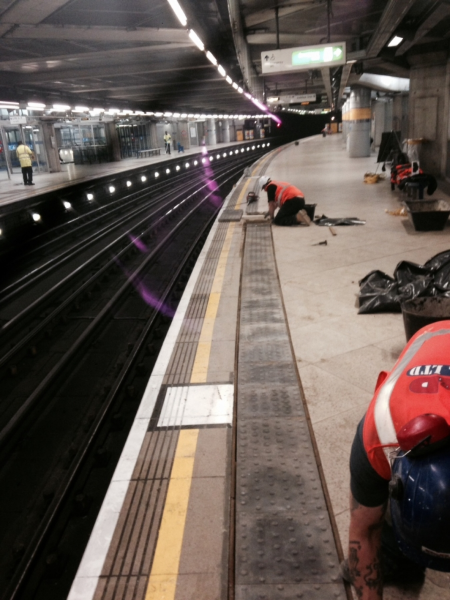 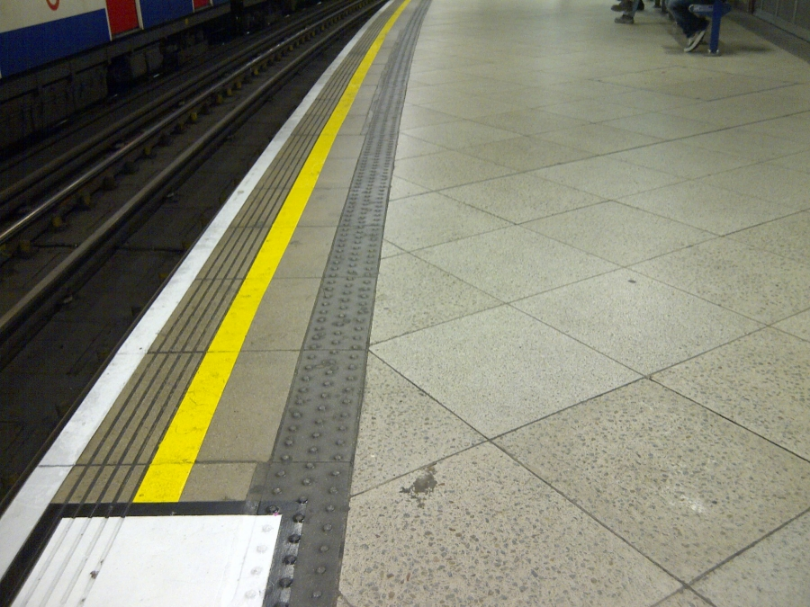 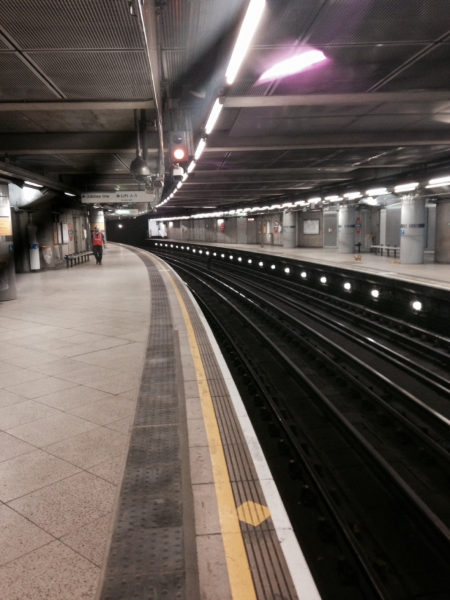