As part of the works to install a new SER at Whitechapel Station there was a requirement to further waterproof the roof slab due to water ingress.  The initial works were carried out during a 72 hour Possession with the remainder on Engineering Hours.

Works commenced with the removal of the existing roof covering over the parapet.  The sheeting was cut with safety knives, pulled back from the brickwork and bagged up for the disposal. Following the removal of this covering we broke out a course of blocks adjacent to the parapet and then once the blocks were removed the now visible concrete ridge around the perimeter was also broken out down to the level of the roof slab.

To allow the building of the shutter and concrete ring beam it was necessary to remove the Kee Klamp handrail around the roof.  Once this was removed we installed a man anchor system on the roof and operatives were connected via harnesses.  Our operatives installed a plywood and timber shutter around the perimeter of the roof for the formation of the concrete ring beam.  The shutter was checked for line and level and was screwed to the external brickwork and the roof slab to ensure that there no movement during the concrete pour.  We then installed a cavity closure in the void between the steel roof beam and the external brickwork to prevent concrete entering the void. The external face of the shutter and base were covered with polythene and a flexcell separation barrier was placed on the external face.

We then installed preformed reinforcement cages into the shutter on concrete spacers to ensure the correct concrete cover.  The cages were fixed together with tying wire prior to offering to our client for a pre-pour inspection.  The concrete ring beam was then poured using Parex BB LU1515 to give a faster curing time.  Materials were loaded up to the roof with a bumper hoist.  The Parex was mixed with paddle mixers in gorilla buckets and poured into the shutter.  The top of the concrete was floated to a finish to the level specified by our client.

Following a short curing period the shutter was struck and removed from the roof of the SER and returned to our warehouse.  Working off of mobile scaffold tower during engineering hours, we then built up the existing brickwork on the face of Ring Beam up to the required height.  A mastic joint was applied around the perimeter on top of the flexcell between the brickwork and the ring beam to prevent water ingress.

We then cored 62mm diameter holes in the concrete ring beam with the aid of an 110v Hilti rig to accept the new handrail.  A new Kee Klamp handrail incorporating a top and mid rail was then made up on the roof.  The standards were dropped into the core holes and the handrail was assembled. Once checked for line and level, 5* grout was poured around the standards to prevent movement of the handrail.

Finally we installed a handrail on the ramp down to the new SER to provide safe access.  The handrail feet were fixed to the concrete ramp with steel anchors chem-fixed in place and pull out tests were provided on completion along with a handover pack for the works. 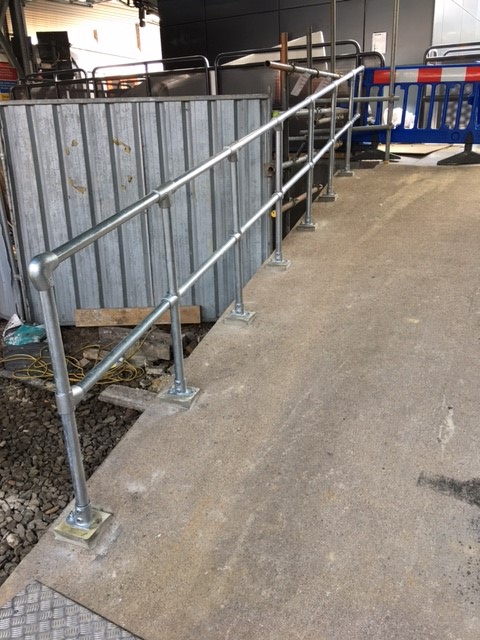 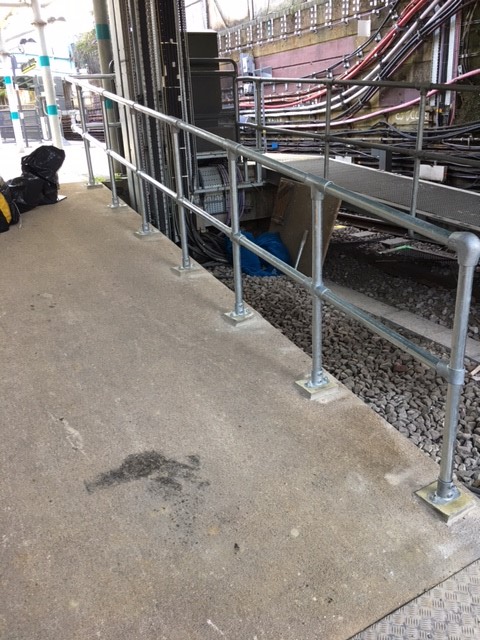 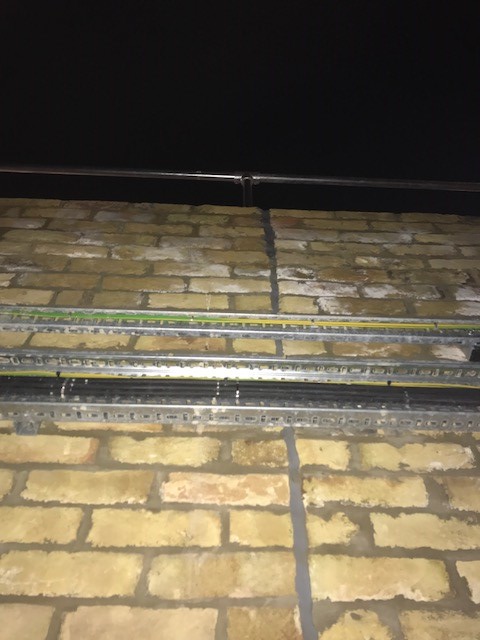 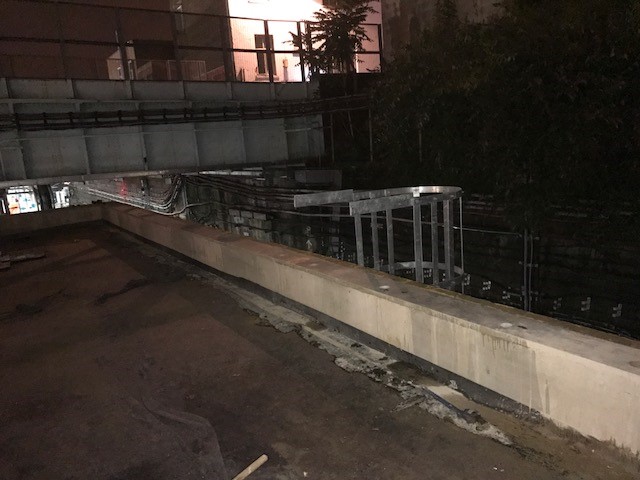 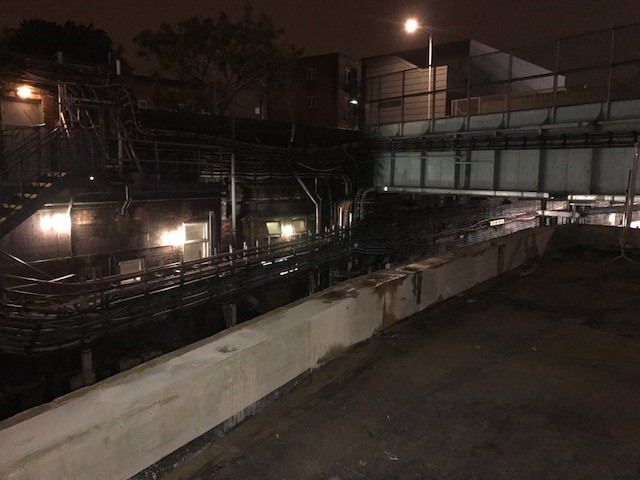 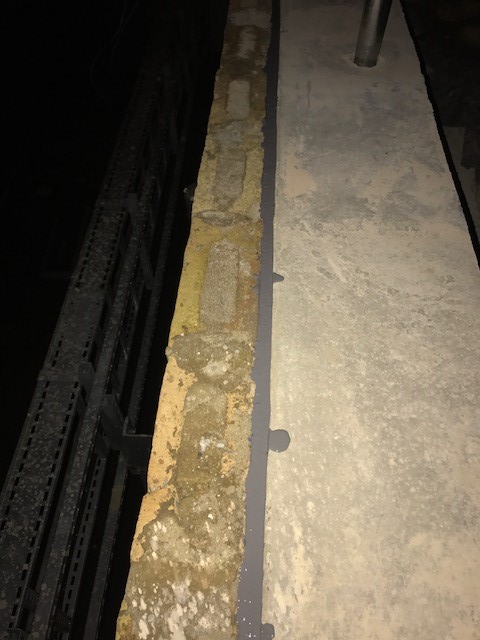 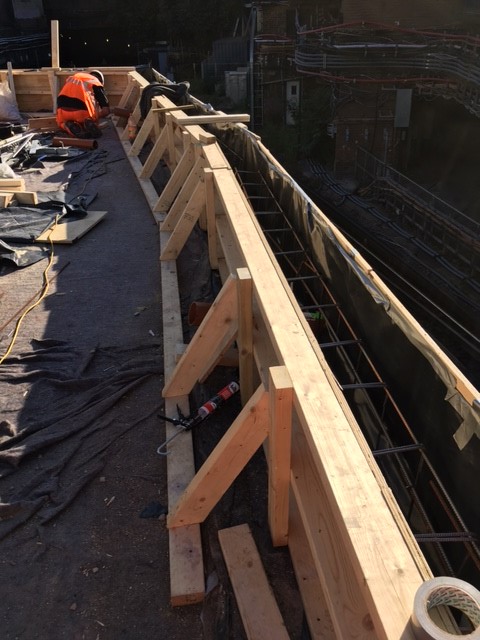 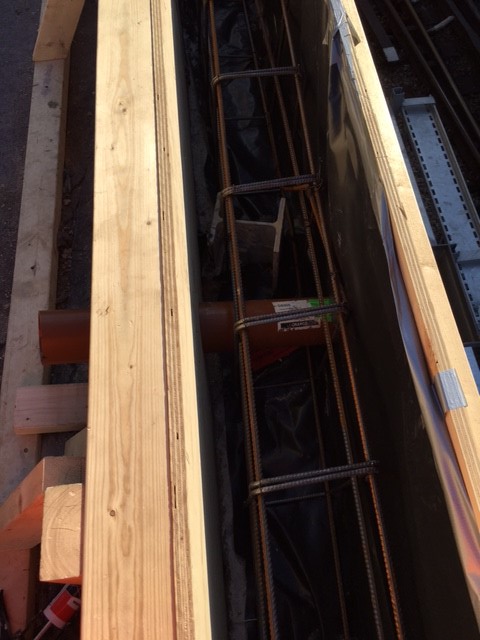 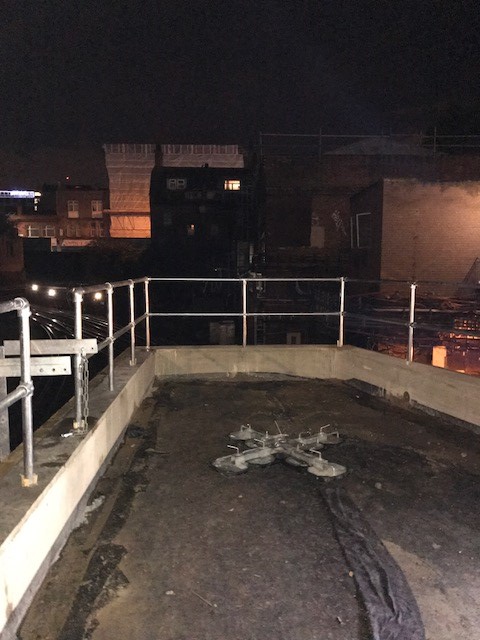 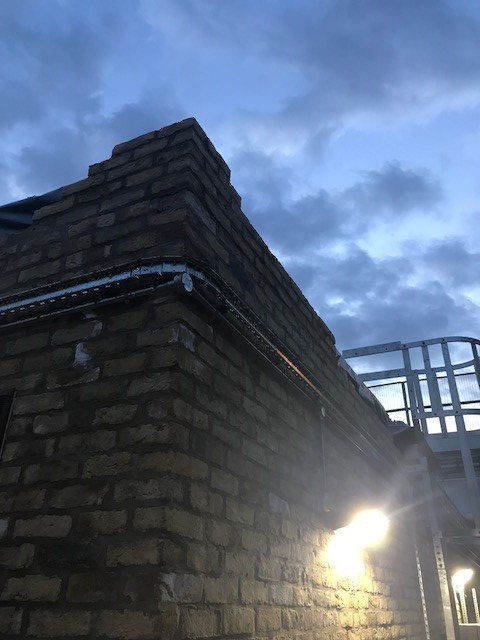 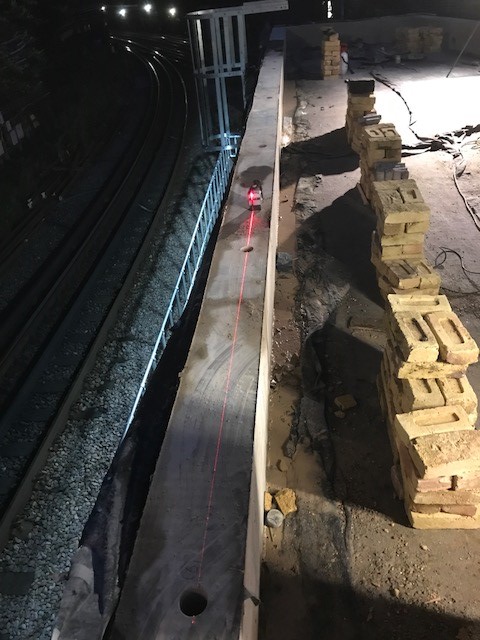 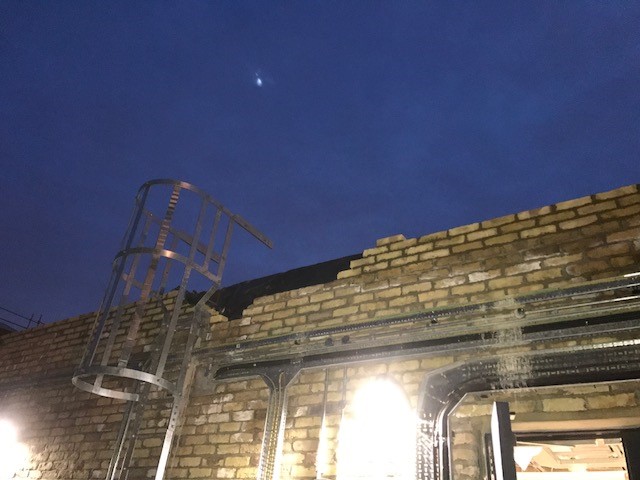 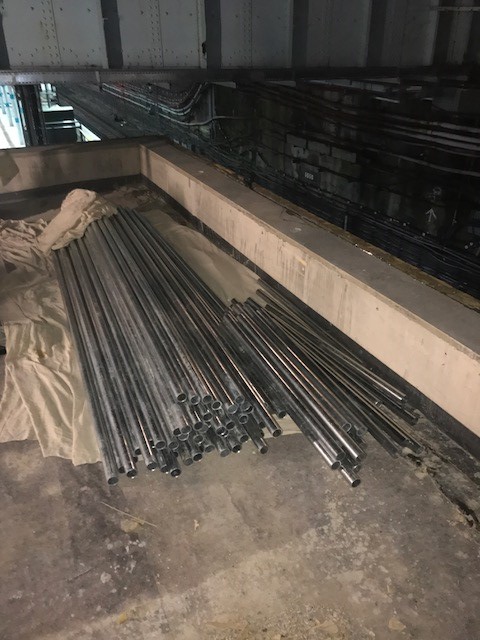 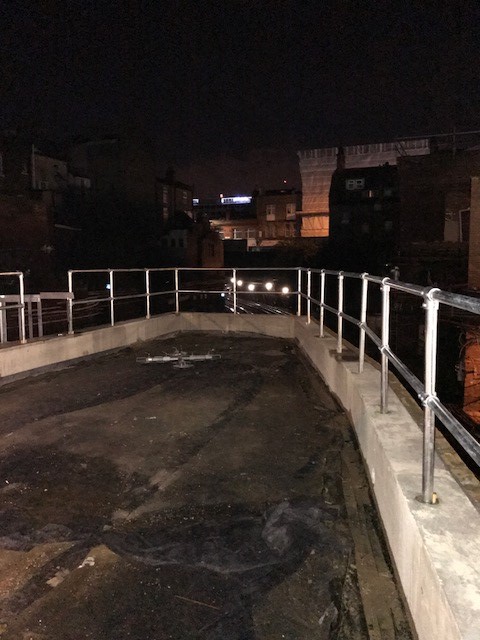 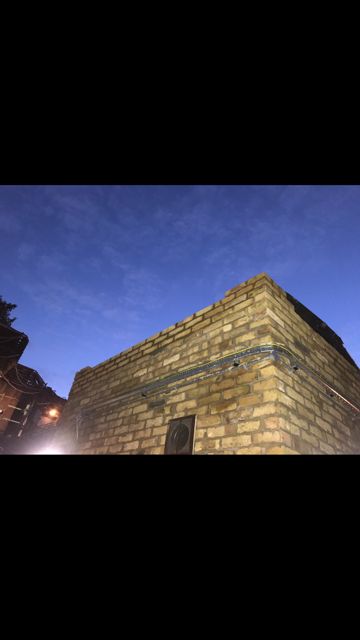 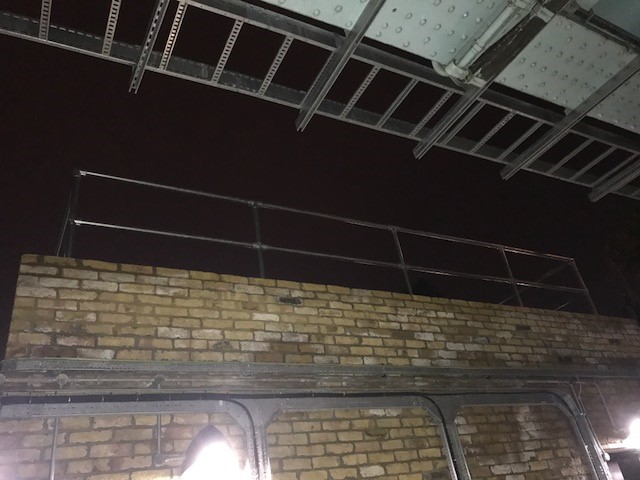